From the Wordpress article on December 19, 2021, by Scott Locklin.

Biology is filled with weird things. Biology as a subject is one of many things I’ve cultivated deliberate ignorance of, but it’s fun to think a little bit about it by examining some of the anomalies associated with it. Corliss’ books aren’t exhaustive; he only explicitly covers human, mammal and bird anomalies.

Meteor/comet plague correlations. (BHH3/6/7) Fred Hoyle and N.C. Wickramasinghe wrote a book on this, which has not been met with broad acceptance, but which certain people trot out from time to time. The correlations are probably spurious, but they’re pretty neat anyway. Historically comets and meteoric events were seen as signs of coming plague; there are numerous examples in history; the plague of London, plague of Justinian, so they decided to take the idea seriously. It was developed into a sort of panspermia idea, as much of the genetic code is actually viral segments. Wickramasinghe is still around working on the idea; he even famously published something guessing corona-chan came from a bolide which blew up over China in 2019; in fact he predicted the outbreak. This is a lot of fun, and infuriates everybody, and you never know; maybe he’s right. I mean, I don’t think he is, but it is fun to behave as if he is and fear the appearance of comets and meteors in the night skies. Corliss also noted how weird the periodicities and propagation of diseases like influenza were (in part based on Hoyle and Wickramasinghe’s work). 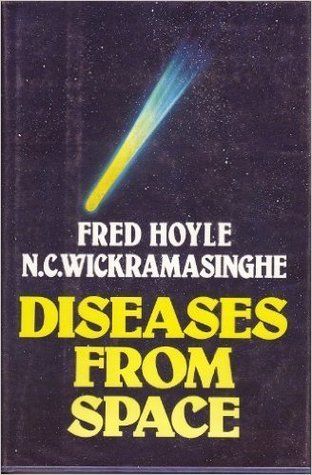 Pandoravirus. I came across this one looking into the panspermia idea; it is the second largest known virus at one micron or so -pretty much bacteria size, with comparatively huge genomes (2 million base pairs; corona-chan is only about 30,000). They mostly seem to reproduce in plankton and amoebas. It was speculated that they might be a separate domain of life, or even a kind of space alien virus because its genome has so little in common with other species. Now a days they’re finding mechanisms which indicate they sort of self mutate to generate their long genomes.

Existence of human/primate blood polymorphisms. (BHC12) Everyone’s got one of 8 major blood types; A, B, AB, O and Rh+/-. Blood types are actually known to have certain advantages and disadvantages versus one another; malaria, polio, heart disease, even dat rona virums. There’s also weird shit nobody knows what to make of: correlations of blood type with socioeconomic class in hierarchical societies like Great Britain. What is weird about this is the persistence of these very different blood types: they should confer some advantage and be selected for, but people persist them in populations, despite the strong negative effects of blood type on stuff like fertility (rh negative women stand a strong chance of having stillbirths with rh positive fathers).

Human-Endosymbiont Interface: (BHX6) Corliss recognized that stuff like Mitochondria are weird and probably archaic organisms, but he also speculated that stuff like cilia, centrioles and nerve cells might also have been microorganisms which were absorbed into animals. He also pointed out that we carry around a lot of other organisms in and on the body, rather ahead of the “gut biome” craze.

Manipulation of Human Behavior by Viruses: (BHX14) Corliss noticed stuff like rabies makes people behave a certain way (so do colds; they make people sneeze), a very complex and bizarre behavior which helps spread the Rabies virus. It’s now known that other parasitic organisms have similar effects on humans and other animals. There’s lots of human behaviors which are evolutionarily extremely unadvantageous but which might serve the purpose of some kind of mind-altering parasitic organism. Rabies, however is pretty astounding. It’s only 11,000 or so base pairs and it makes people and animals behave a certain way. Very impressive; one could speculate that other viruses do similar manipulations of human behavior, but we don’t notice them as they don’t kill people.

Inverse relationship between Human Parasites and Allergies: (BHX13) Corliss basically anticipated a modern allergy treatment modality. This is classic Corliss; he attributed this a fairly low data quality (his eagle eye spotted a study in some isolated Pacific Island) and admitted we didn’t know a damn thing about immune systems so it wasn’t particularly anomalous either. But it appears he was right. You can learn a lot by studying lists of anomalies.

Humans and apes have different numbers of Chromosomes: (BHG5/11) Humans have 46, apes have 48. Human ancestors must have experienced a Robertsonian fusion in the distant past to be missing a couple of chromosomes. It is the 2nd chromosome where this happened; a big chromosome with about 8% of the human genome and a vestigial centromere in it. This isn’t just a human/ape thing, Corliss points it out in many other species (BMG2); most horses have more than 50 chromosomes -as many as 66, but different species of Zebra may have 32, 44 or 46 chromosomes. Mongolian horses and Zebras don’t look that different, yet one has 32 chromosomes, and another has 66. Interestingly Robertsonian translocations are relatively common in humans (trisomy-13/downs), and such translocations may be involved in speciation and rapid evolution in general when there are genetic bottlenecks. Aka if your 46 chromosome ape-like forefathers attempted to mate with a 48 chromosome species, the offspring likely wouldn’t be viable, but the smaller initial population of 46 chromosome ape-like critters would. There’s lots of fun examples of giant chromosome variance in insects, rodents, fish and other such vermin, and plants such as the humble cabbage family provides many other examples.

Organ Transplantation Memories: I didn’t notice this one in Corliss (might be in there somewhere), but there are well documented cases of people experiencing memories of the people they received transplanted organs from. Could be imagination/suggestion somehow, or it could be messenger RNA memory; who knows. Weird though.

Transfer of Learning via Brain Extracts: (BMB8) more messenger RNA memory evidence. They did various experiments with rats and complicated memory/learning stuff via brain extracts. Man I sure would like my mRNA indo-european language injection upgrade package.

Human animal psychological interfaces: (BHX2) apparently you can hypnotize a cobra by grabbing it a certain way, and small animals by strapping them to a board and turning them upside down. You can also, as any farmer with chickens knows, hypnotize chickens; my Uncle Van taught me to do this. I use it on other people with underdeveloped nervous systems, like lawyers. Another fun one: petting rats ruins their will to live. Either that or rats that allow themselves to be handled by humans have less vril/life force to survive a Richter water chamber.

Morphological differences between normal human brains: (BHO19) human brains are hugely different -male and female brains differ by 15% in size (a much larger difference than body size), hypothalmus size (2.5x bigger in men) corpus callosum (bigger in women) and a lack of interthalmic adhesion in some men. There was also recent work on the number of glial cells. If you attempt to google this, there are a number of laughably insane opinion pieces in famous journals asserting that everyone is the same, but it’s not true. Corliss cites a study asserting left-handed people have statistically very different brains than right handed people.

Remarkable capabilities of badly damaged brains: (BHO20) lest there be angry buttmad lefthanded women after reading that last entry, actually damaged brains don’t seem to lose as much as you’d expect. People have had big chunks of their brains removed and continued to have more or less the same level of IQ. There are famous cases of people with relatively tiny amounts of brain tissue who have cerebrospinal fluid pressure imbalances, but normal or even high IQs. Whatever the standard deviation between physical parts of the brain, they sure are weird and don’t act much like a pentium chip. Of course that rustles the jimmies of muh Church-Turing numbskull autists, but such people’s jimmies deserve to be rustled. 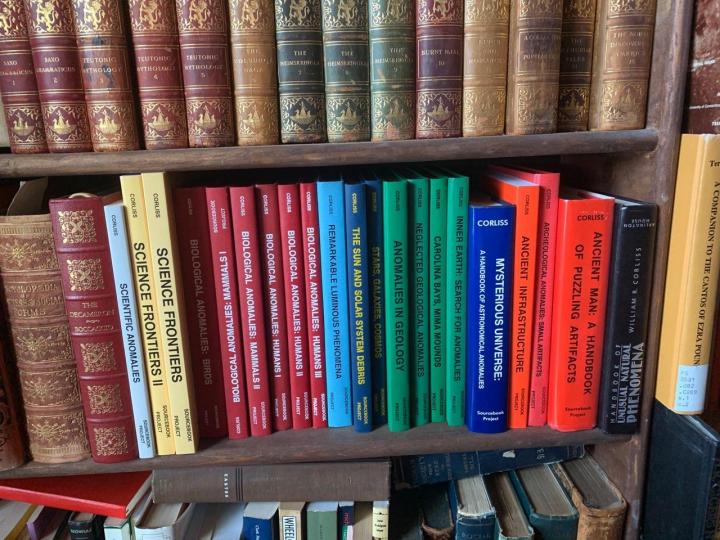