From the Twatter thread on January 18, 2022, by Stone Age Herbalist.

Blowguns are an ancient hunting weapon, found in specific parts of the world and strongly associated with the Austranesians. We'll take a look at their forms, origin and spread.

The literature on blowguns is minimal, with some work done between the 70s and the 90s, but there's v few global review papers. What work has been done shows blowguns to be more complex than assumed and are an excellent marker of cross cultural contact.

Simply defined, a blowgun is a tubular weapon which uses the force of human breath to propel a projectile. Outside of this the variation is huge - the size varies between 1.5ft to over 20ft! There can be single or double tubes and a variety of projectile types. 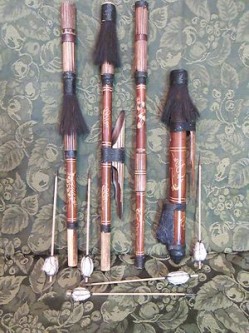 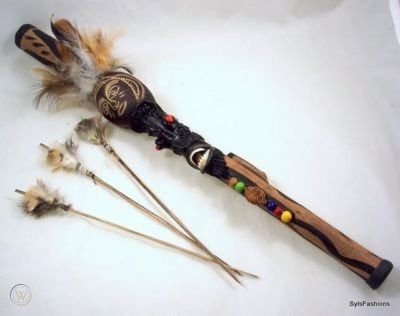 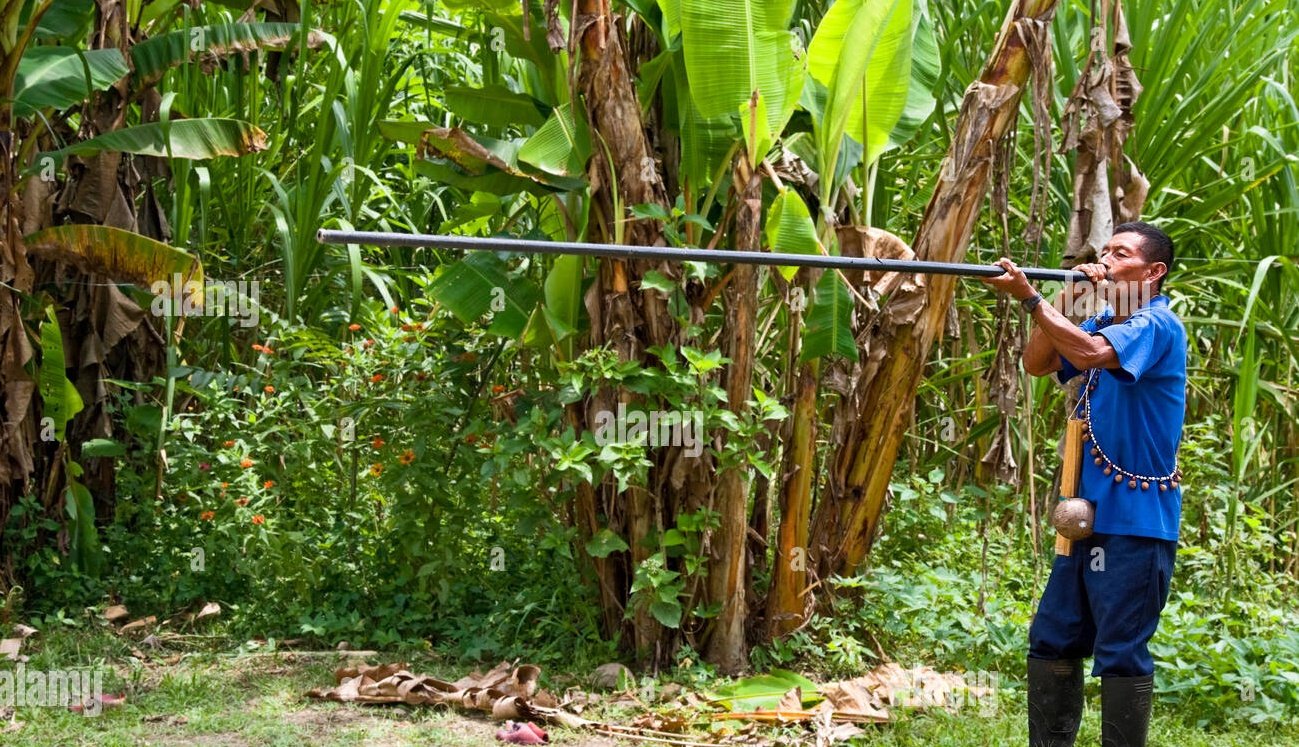 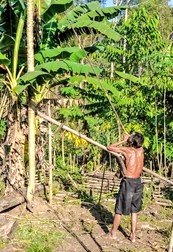 The method of production can be simple - rolled up leaves, hollow reeds etc. But a weapon with longevity needs to be made from hollowed wood. Some plants like bamboo are easy to hollow out, others need soaking or heating to remove the pith core.

To increase the length, some styles telescope increasingly smaller tubes within one another, but a third sleeve over the joint is more common.

To increase the types of wood available, you can groove and split the tube down the centre, hollow it smoothly and reattach into a tube using cloth bindings and/or glues.

These variations can be mapped and tracked to show how the forms have developed through time. 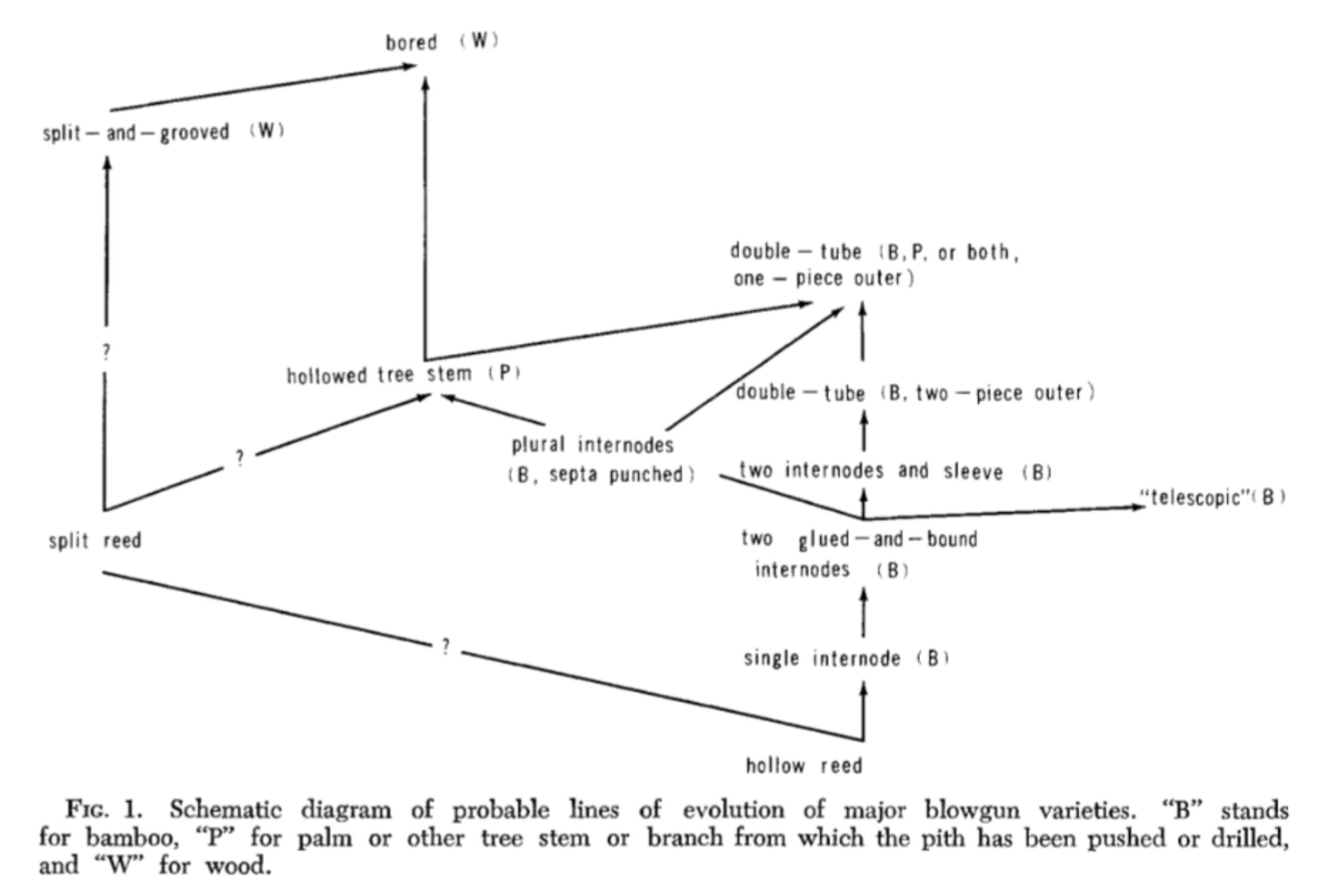 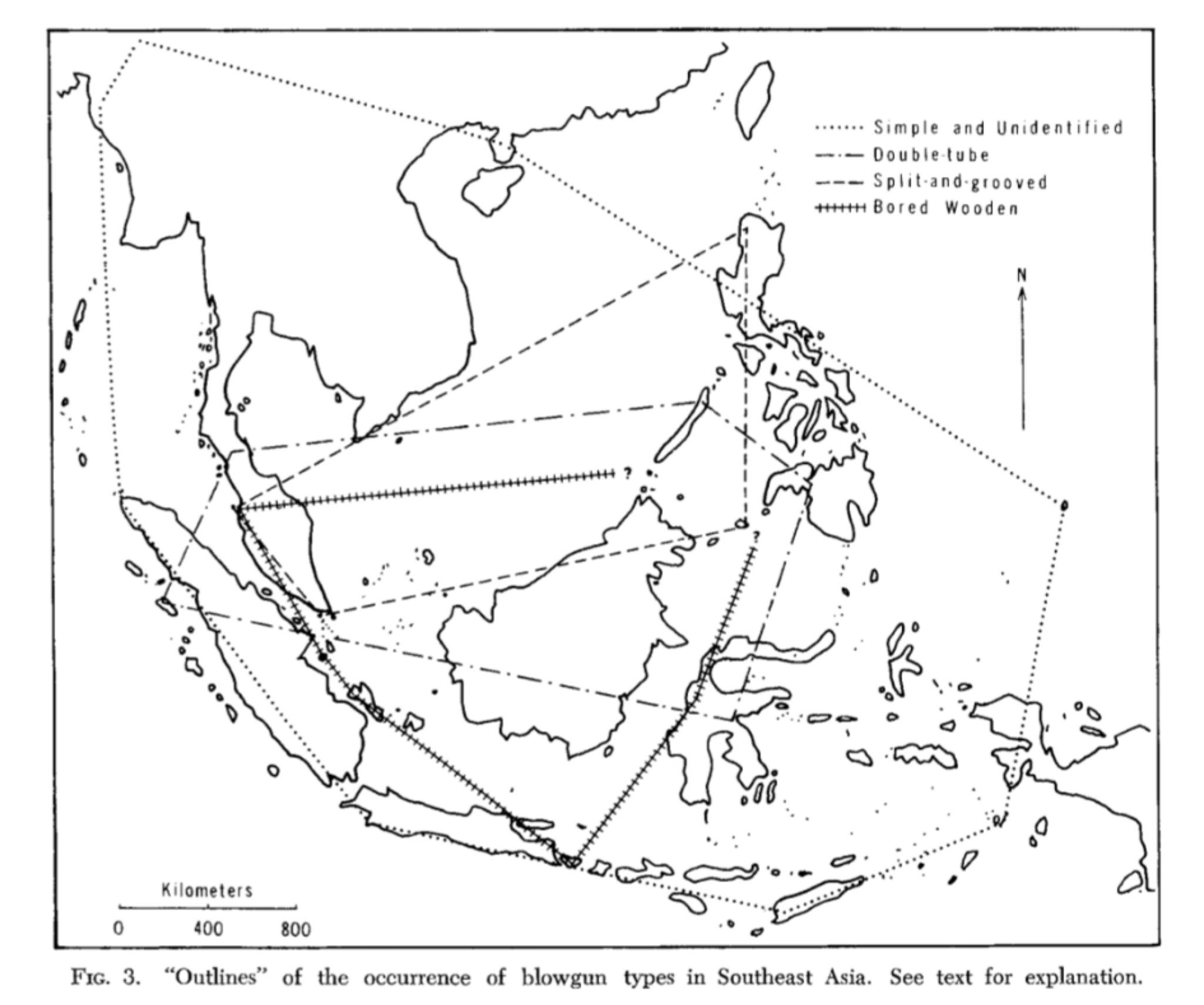 Clay pellets, or sometimes seeds, are commonly found in Mexico, where the Maya had a long tradition of using blowguns. The clay balls were made slightly too large and had their outer layer cracked off and burnished before use.

Darts are more complicated to make, since they require an additional plug to make the tube airtight, made from cotton, pith, cloth, fibers etc. Darts can be simple - thorns, or complex with multiple pieces and a tailored head. 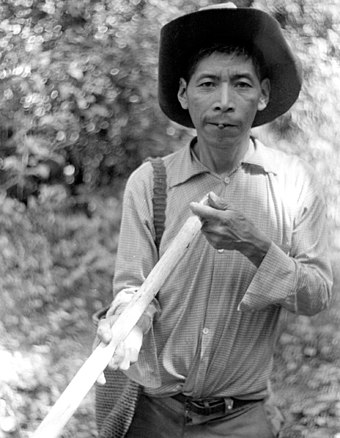 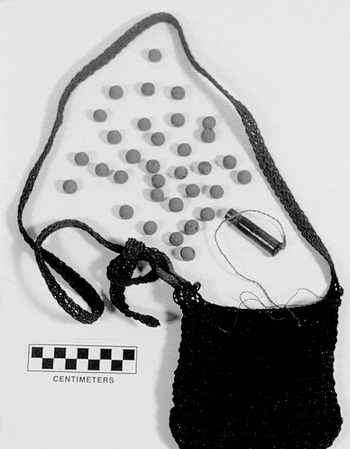 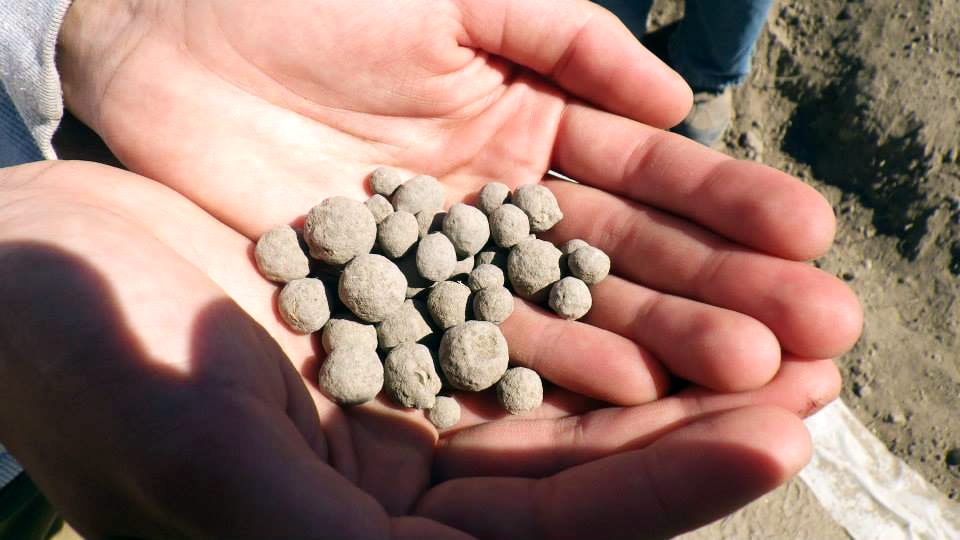 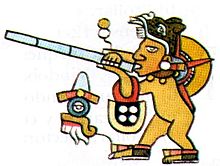 The use of poison is something many people remember of when thinking of blowguns, most famously the use of curare in the Amazon and Orinoco basins. Curare can be made from the Strychnos genus of plants. Other poisons come from frogs, snake venoms and decaying animal flesh.

The Javanese plant Antiaris toxicaria has many names - See Blood Stop Breath or Seven Up, Eight Down, Nine No Life - since its milky sap is a potent cardiac poison. This was used by various Malay blowgun hunters to tip their darts. 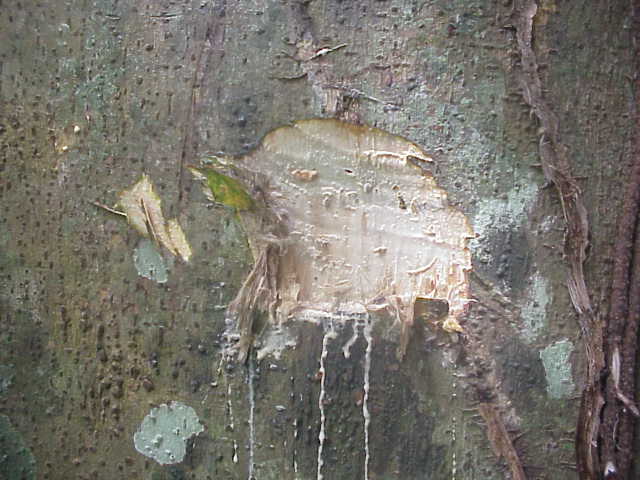 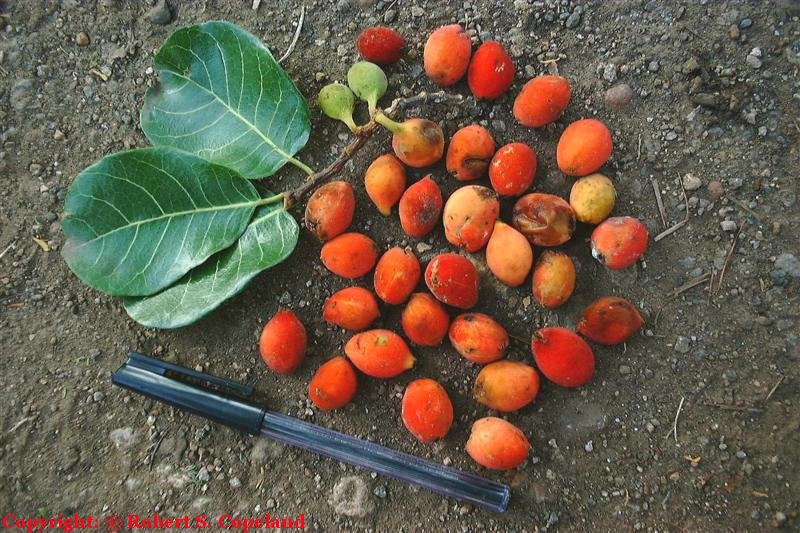 Turning to the origin of blowguns, there's a general consensus that they have a single point of origin in the northern Philippines and were distributed outwards from there. The continuous presence without any great discontinuities suggests cultural diffusion. 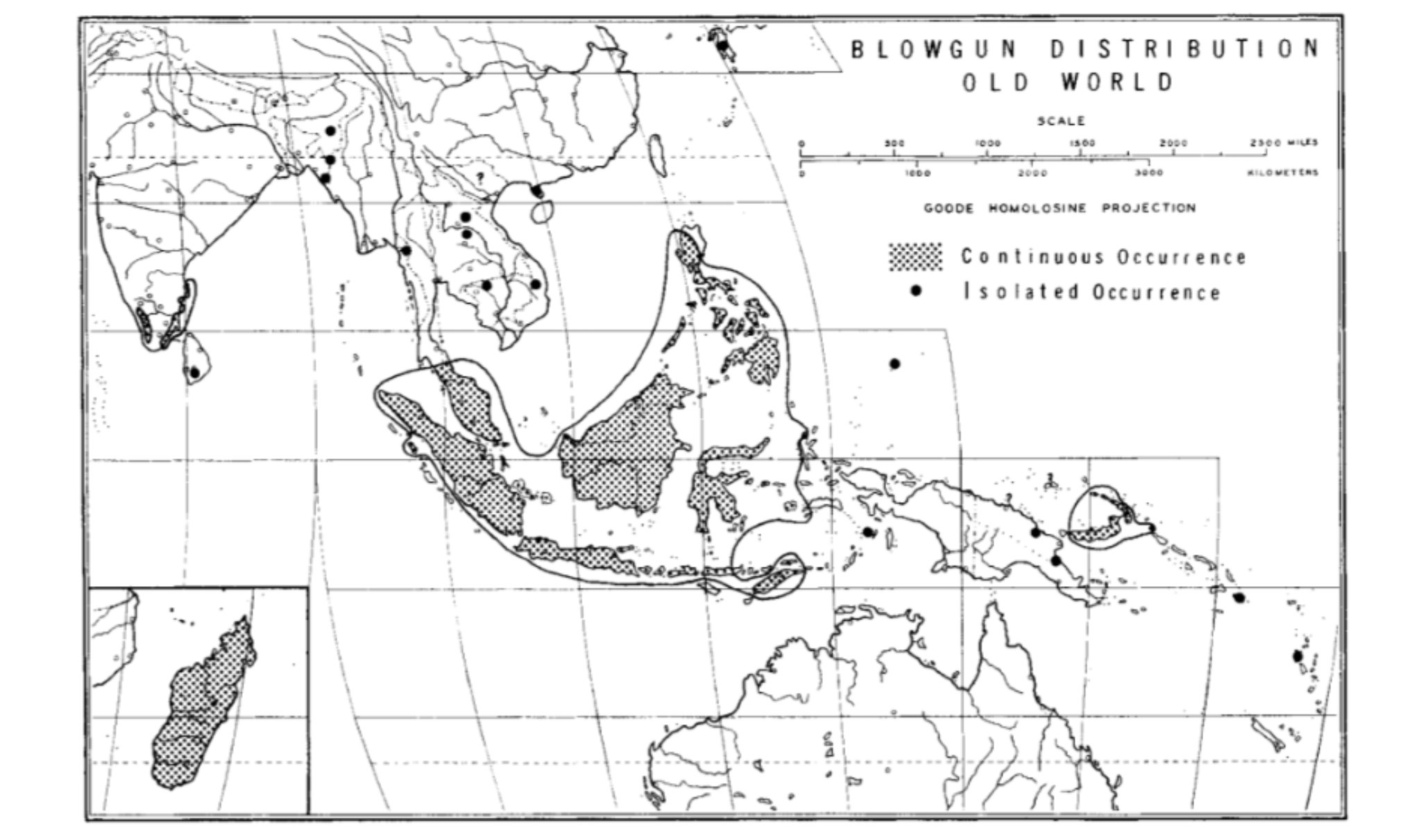 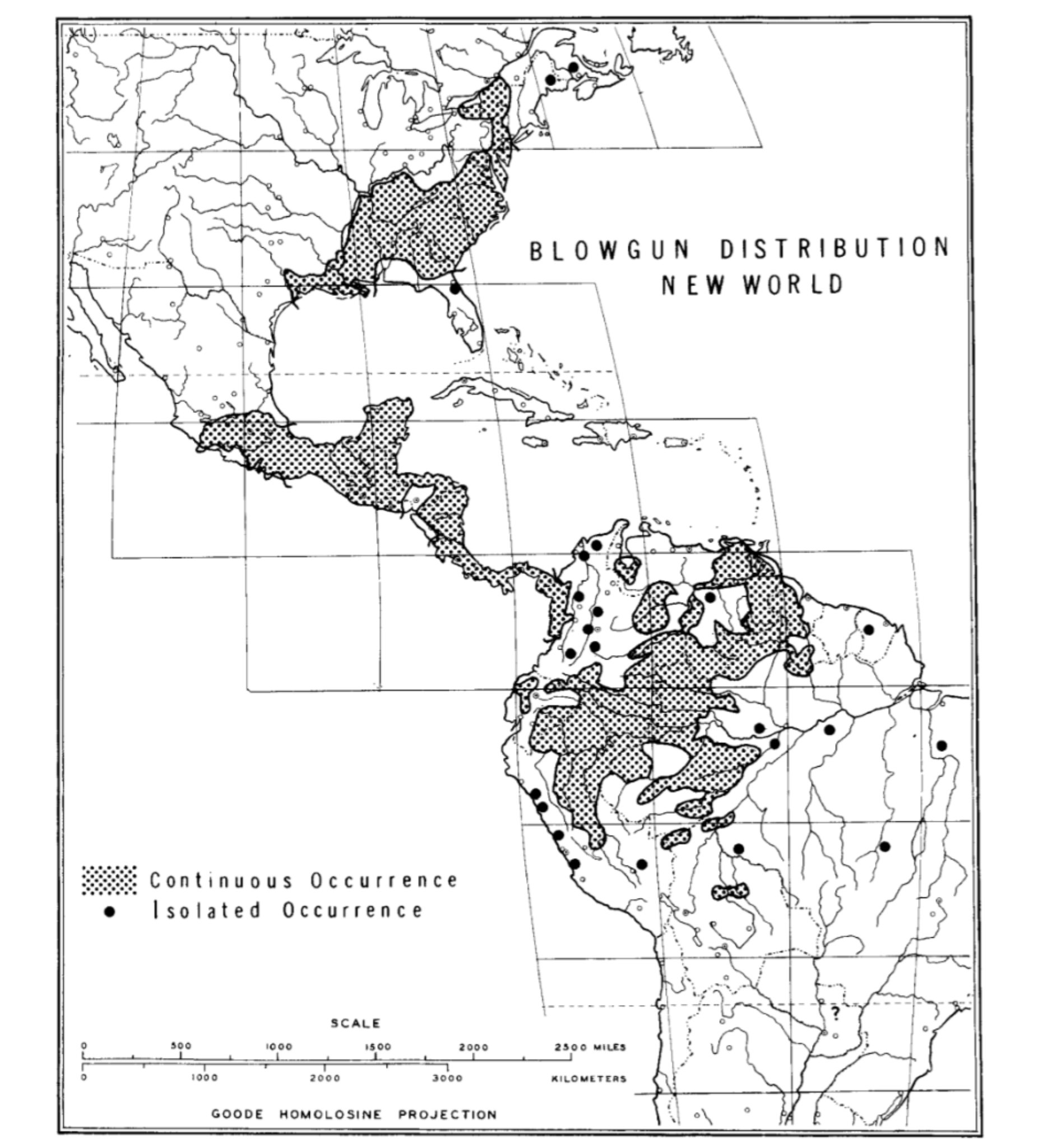 It's possible that the spread of the blowgun is connected to the early Austronesian Expansion, as has been tentatively argued by several researchers.

Peruvian archaeology records blowguns and pellets as early as AD 500, and Spanish accounts mention its use in the Amazon in 1541. The absence of records for North America have led some to conclude the blowgun was a post-Columbian import, but this needs more research.

It seems the blowgun arrived in East Africa via Madagascar and from there to Mameluke Egypt and Europe. By the 14th century its use was recorded in Flanders and eventually Sweden by the 19th as a minor hunting weapon. The Arabic name 'zabatana' being adapted into local languages. 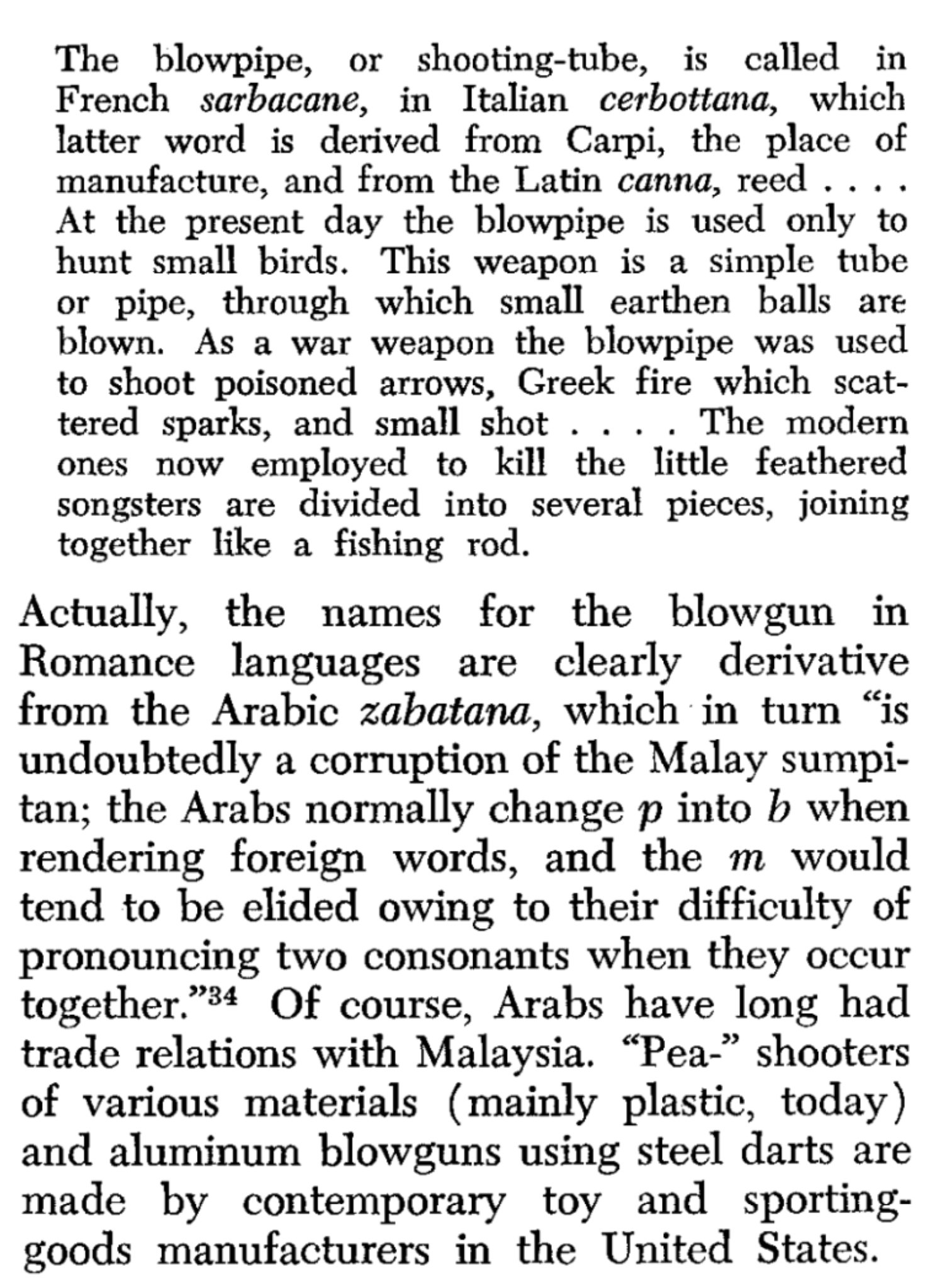 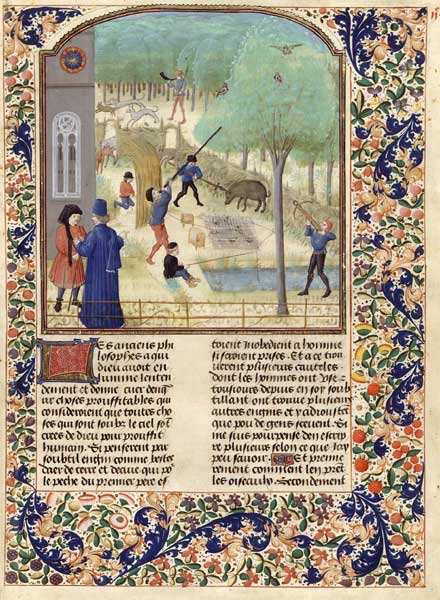 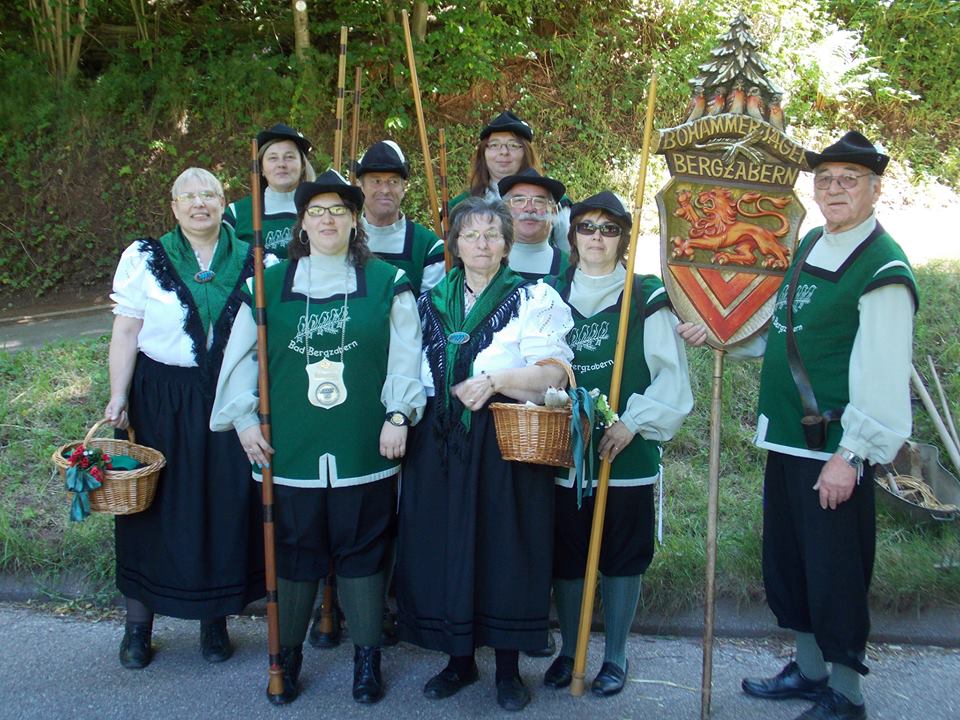 In conclusion then, the blowgun is an ancient hunting weapon, developed in the Philippines and spread throughout the world, with the possibility of local inventions. Pellets and darts, sometimes poisoned are the missiles of choice to take down small game and monkeys.