From the Twatter thread on January 9, 2022, by Peter Paradise.

Cheap combat drones have completely transformed the modern battlefield. But there is a countermeasure… MOTORCYCLE INFANTRY! ARTICOOL on how some armies may soon look like Mad Max.

Drones no longer are exclusively weapons of the first world. As @arisroussinos has pointed out, today much like the Spanish Civil War did in the 30s, far away clashes in places like Azerbaijan and Ethiopia, offer observers a sobering vision of how next gen warfare will be fought. 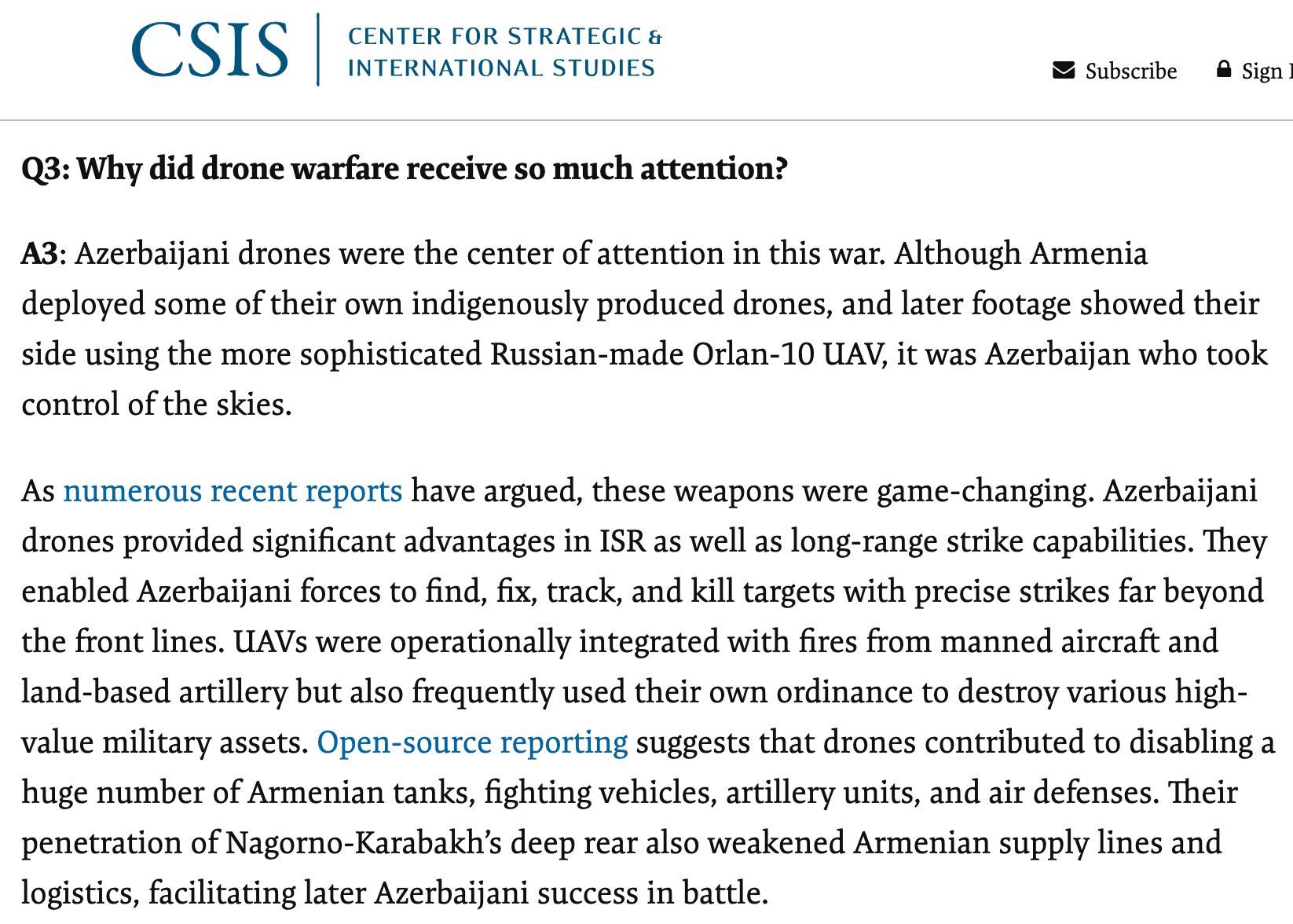 In the Azerbaijan-Armenia conflict, the Azeri used Turkish and Israeli drones to dominate the skies and win. In Ethiopia last month, Middle Eastern combat drones were also credited for stopping rebels from seizing the capital. 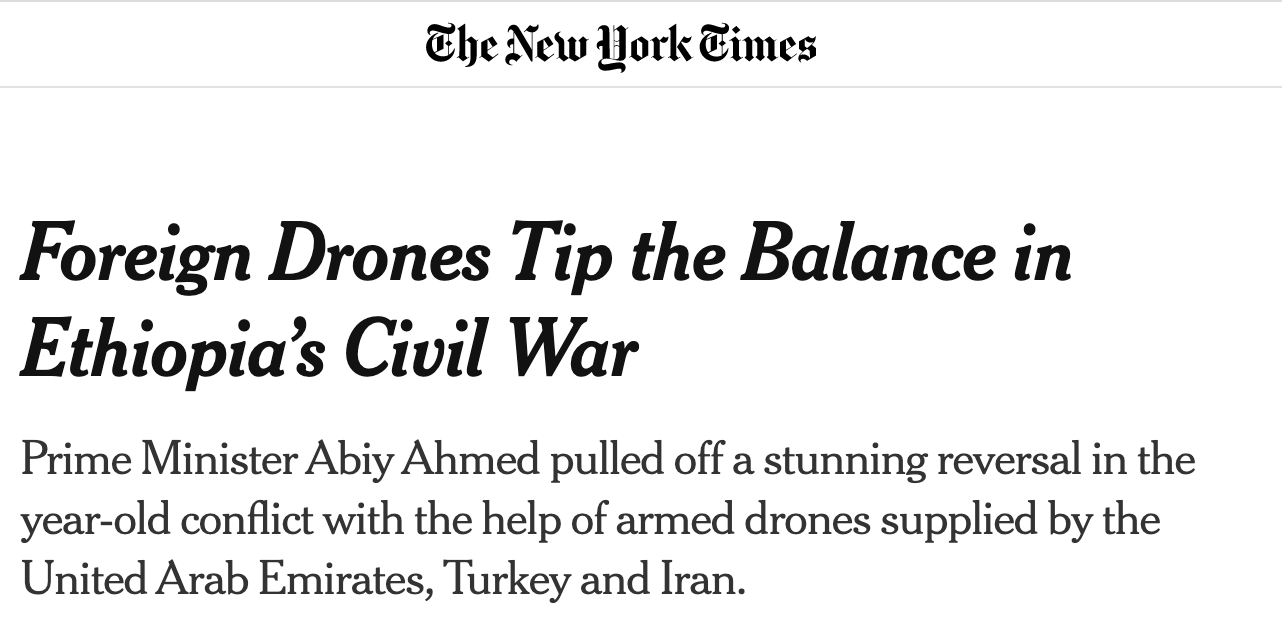 The value of cheap drones isn’t just shooting Hellfire missiles at people. You can now flood the skies, have excellent surveillance of enemy activity, and can direct artillery, rockets, and airstrikes at enemy positions. Now the enemy’s rear takes as much fire as the front lines.

What makes this even scarier is that no one has a truly effective countermeasure against drones. Billions are being spent worldwide, but no one knows how to reliably take these things out.

So if you can’t afford drones you’re screwed, right? Well, maybe not. Insurgents have mitigated drones through use of motorcycles. In the Sahel, resource poor terrorists conduct mass attacks with motorcycles. Drone-rich French forces have totally failed in stopping them.

In a battlefield where the enemy can always see you and fire on you, there are two ways to counter this: speed and stealth. On these two points motorcycle infantry are incredible, especially compared to troops in humvees or pickup trucks.

With a motorcycle you’re not limited to main roads or grassland like trucks are. You can drive through a dirt path in the forest. Down narrow city streets. Narrow mountain paths. When you do use roads, you can travel faster than a truck. 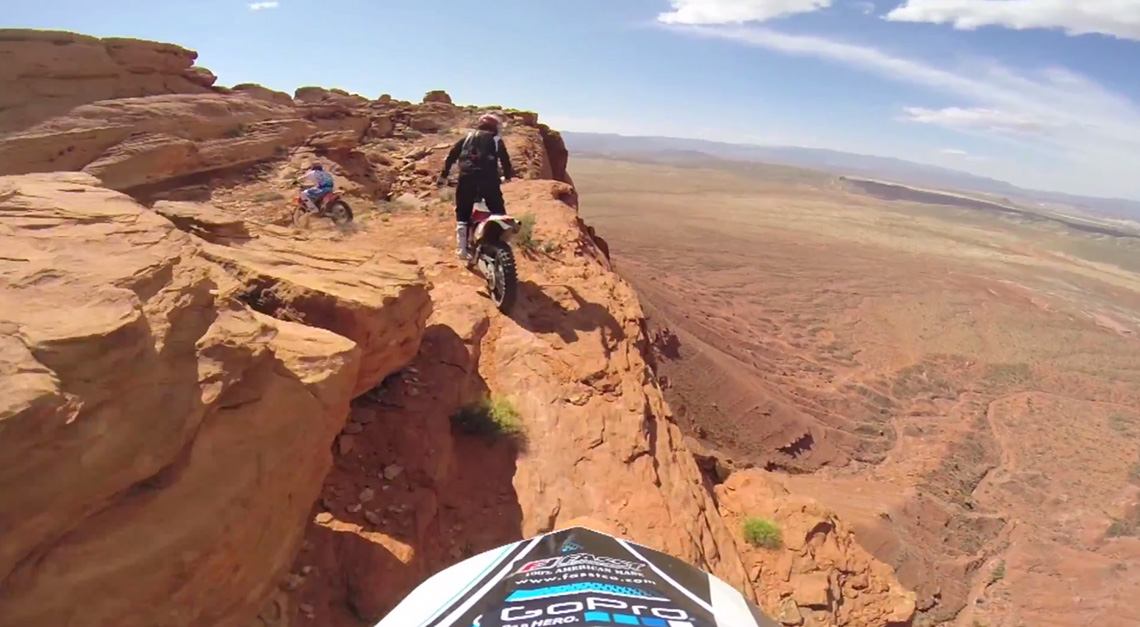 You can hide bikes in buildings as small as a shack. Heck, hide multiple bikes in a house. You can move unseen underneath the canopy of trees. Throw a camouflage net over the parked bike in open terrain. It’s far harder for a drone to find a bike than a humvee. 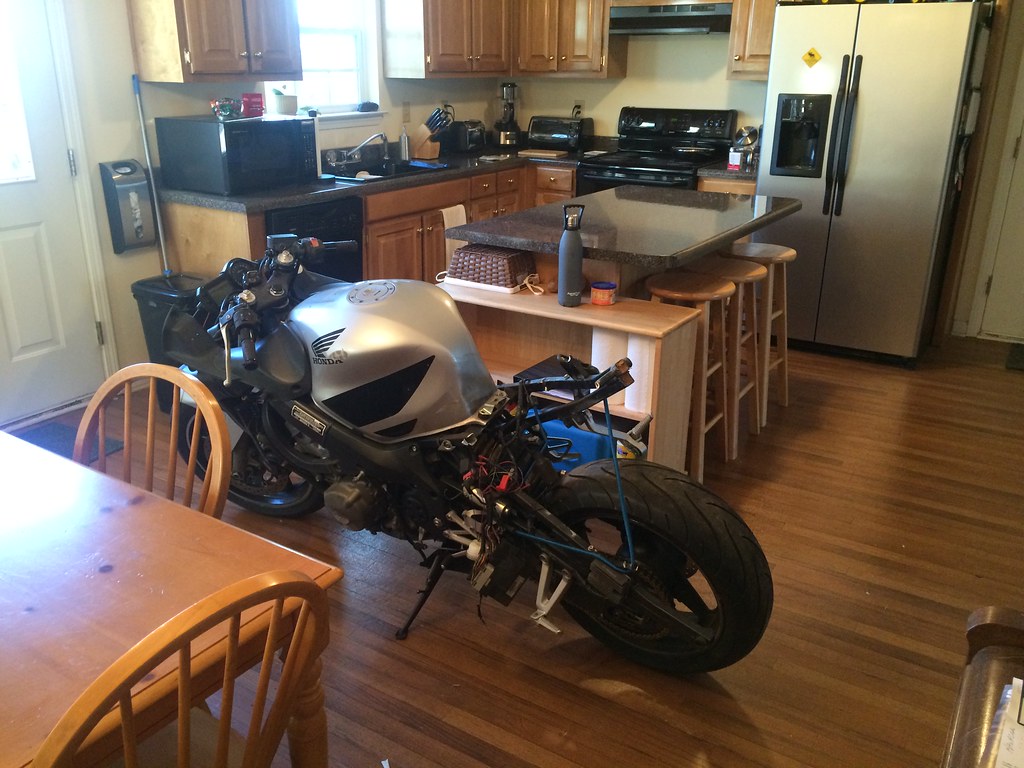 While humvees need a gallon of diesel to go just 8 miles, the average motorcycle can travel 35-40 miles per gallon, giving riders more options when the supply lines inevitably start getting shelled.

You can space your forces out. Scatter quickly when artillery comes your way. Use your speed and ability to traverse difficult terrain to outmaneuver enemy forces. Wait for your drones to find an opening in the enemy’s lines and then quickly swarm through in mass.

The downside is that you are sacrificing firepower and armor for speed. While you won’t be as heavily armed, small teams can still transport weapons like TOWS or MANPADS, use them, and then quickly relocate. However, since you carry limited supplies, you can’t fight long engagements. 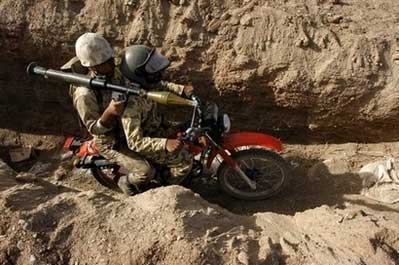 Motorcycles have been used in combat before, with Americans hunting down Pancho Villa & Germans in WWII. Man powered bikes were used by the Red Chinese and Vietcong guerrillas in their insurgencies. 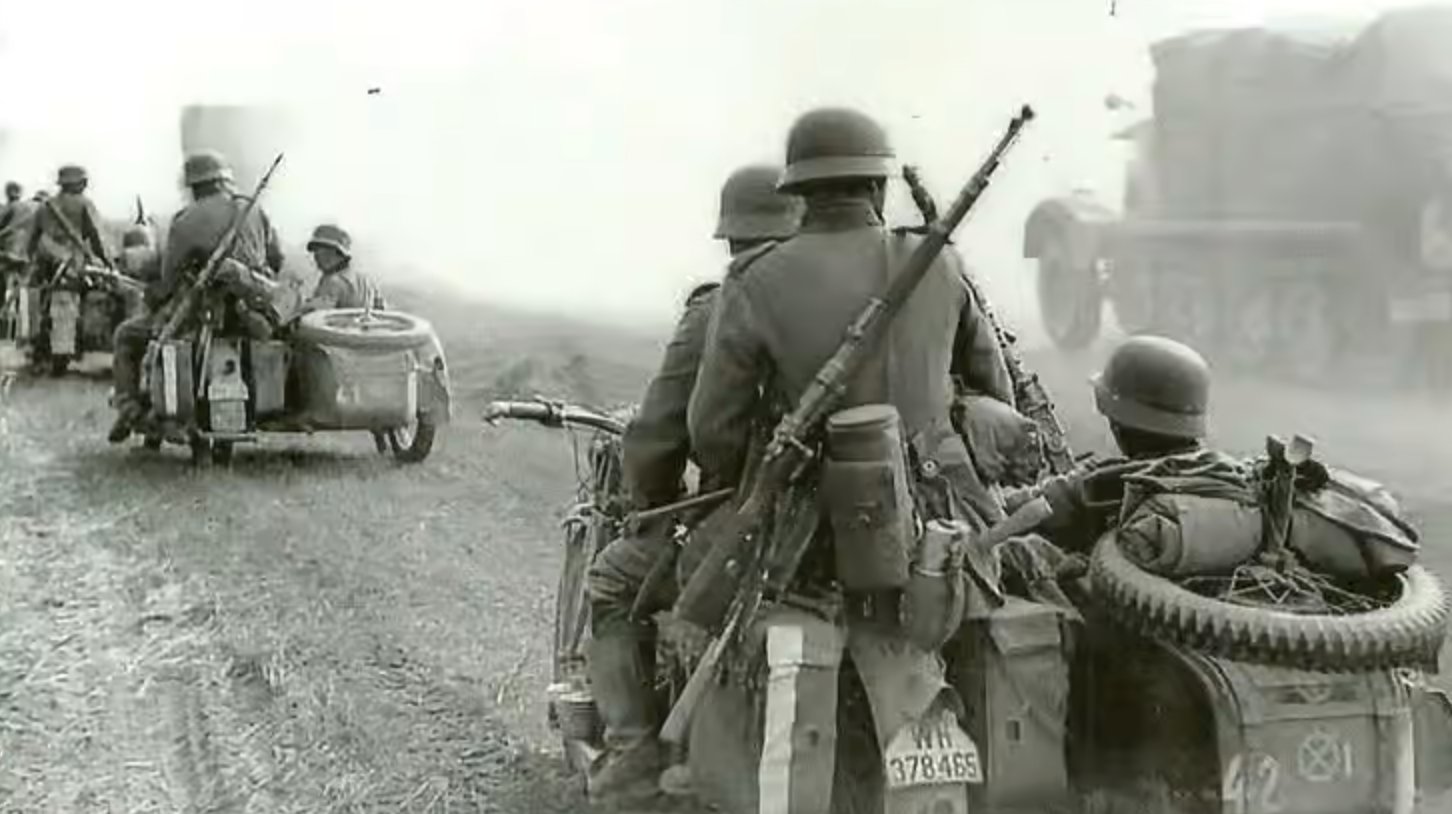 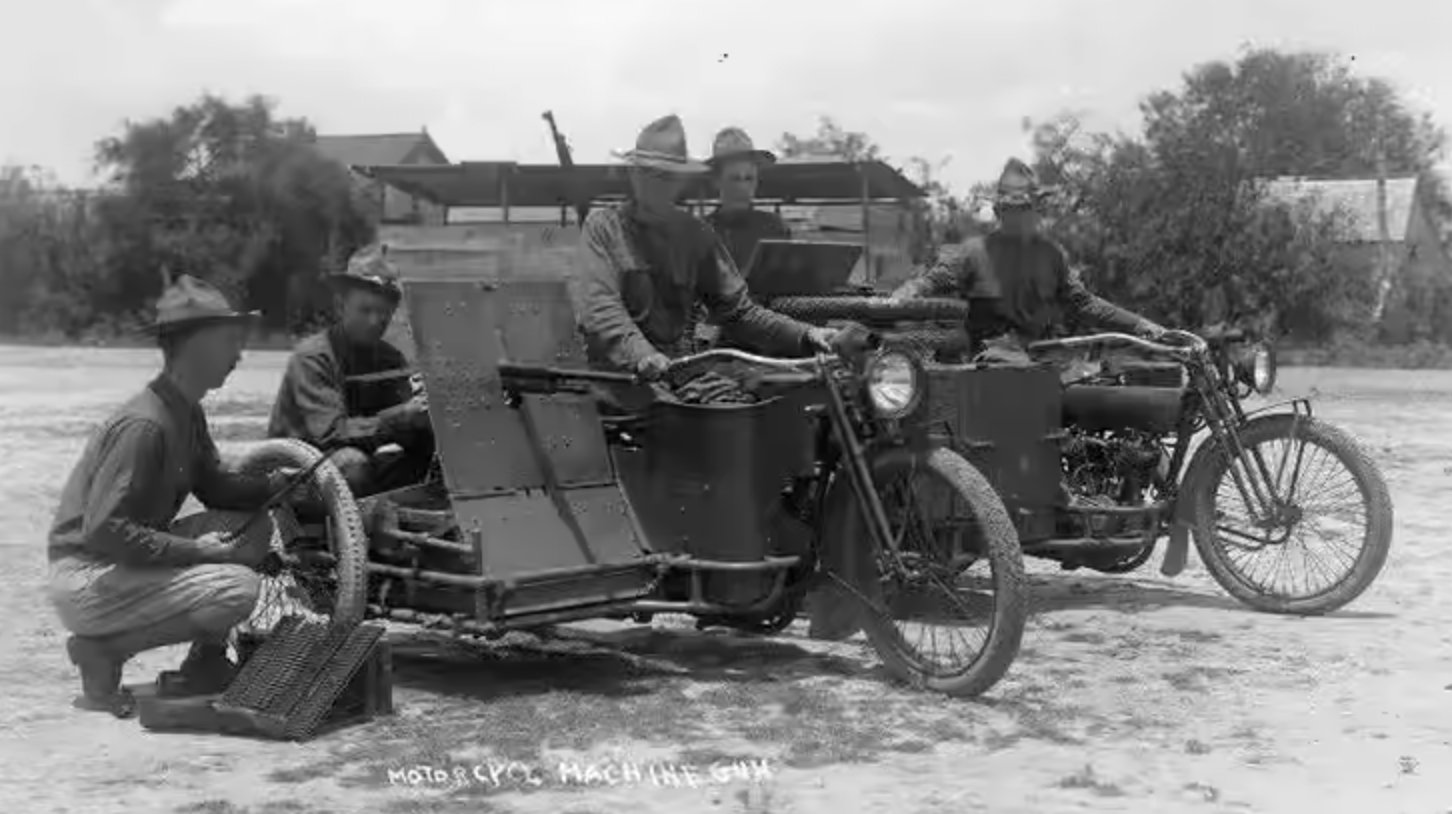 The lack of armor will likely scare off casualty averse Western armies from widely using motorcycle troops. But states who are willing to take risk, have brave men, and decentralized command that allows low level leaders to exploit situations, will find success with this.