Did the Greeks and Minoans come to America?

From the Twatter thread on January 8, 2022, by Western Brahmin.

The enigma of haplogroups R1b and X in Native Americans and the Michigan Copper Mines. Did the Greeks and Minoans come to America? 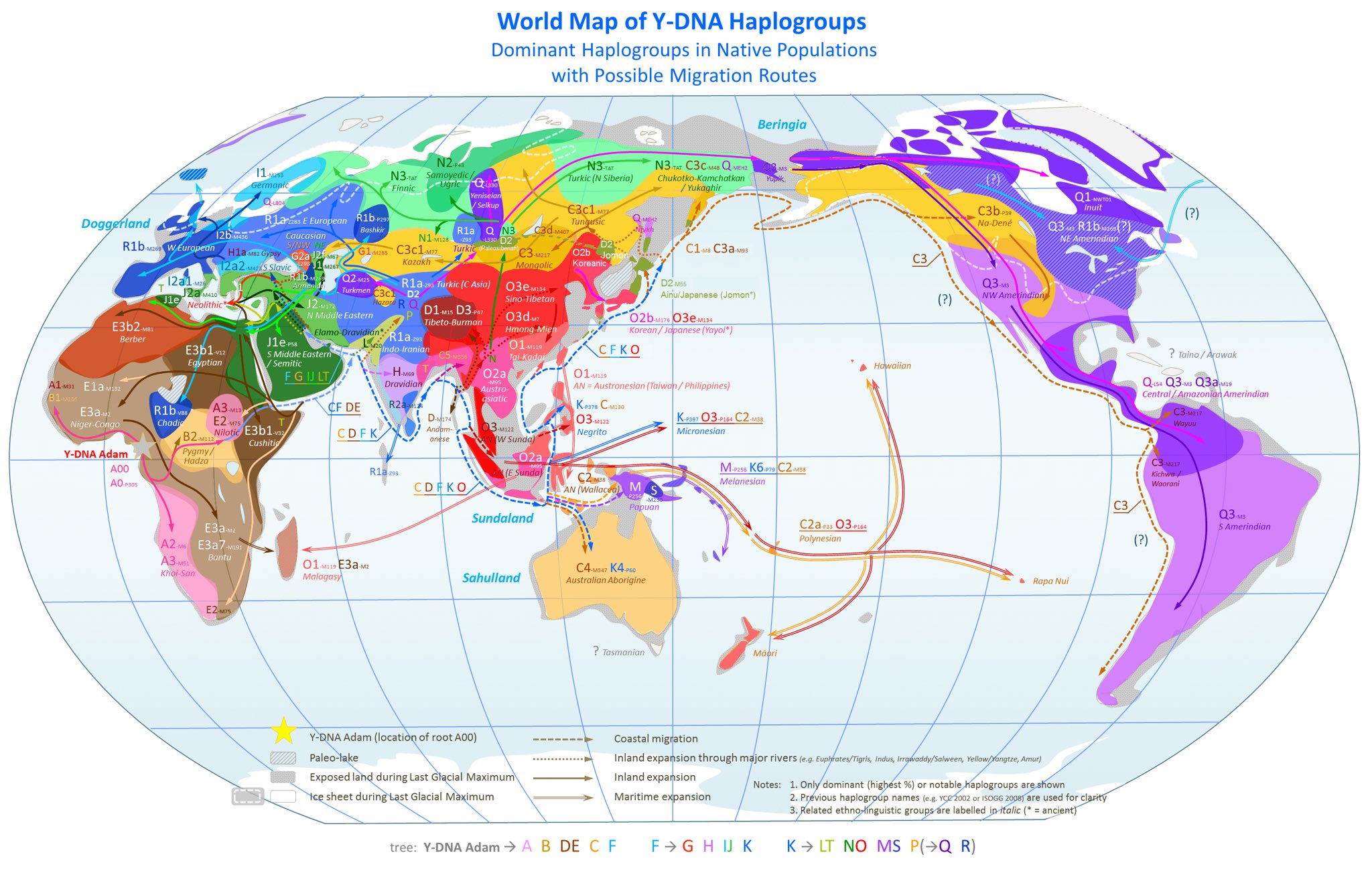 Algonquin speaking Native Americans have an unusually high percentage of R1b (up to 80%) and X (up to 20%) that cannot be explained due to post Colombian miscegenation due to the lack of other common European haplogroups such as I1. This could be from sample size or lack of testing. 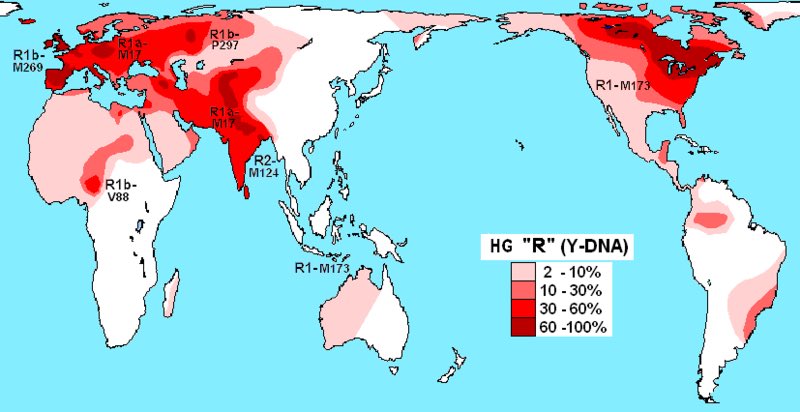 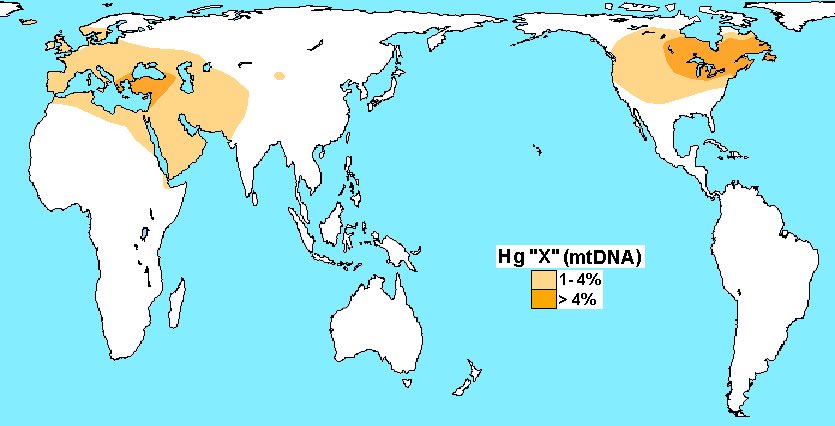 The Mikma’k and other Algonquin speaking natives have been described as fair skinned, bearded and even red haired by numerous sources. 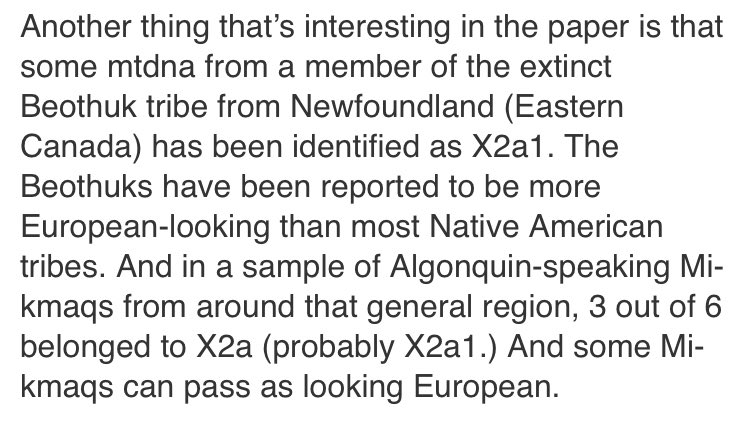 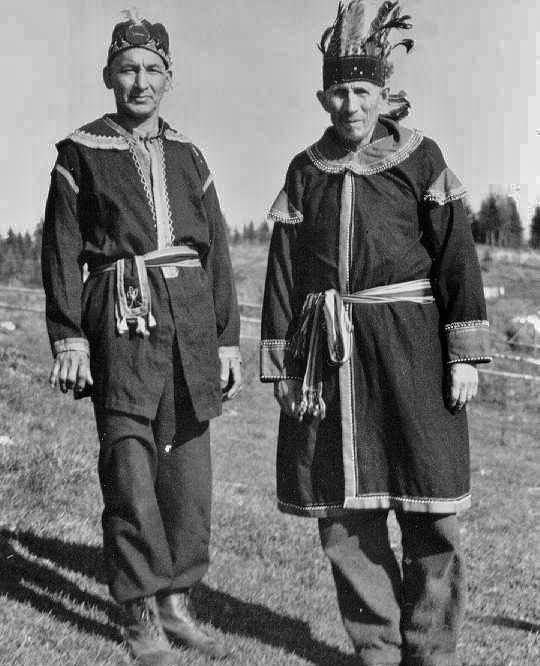 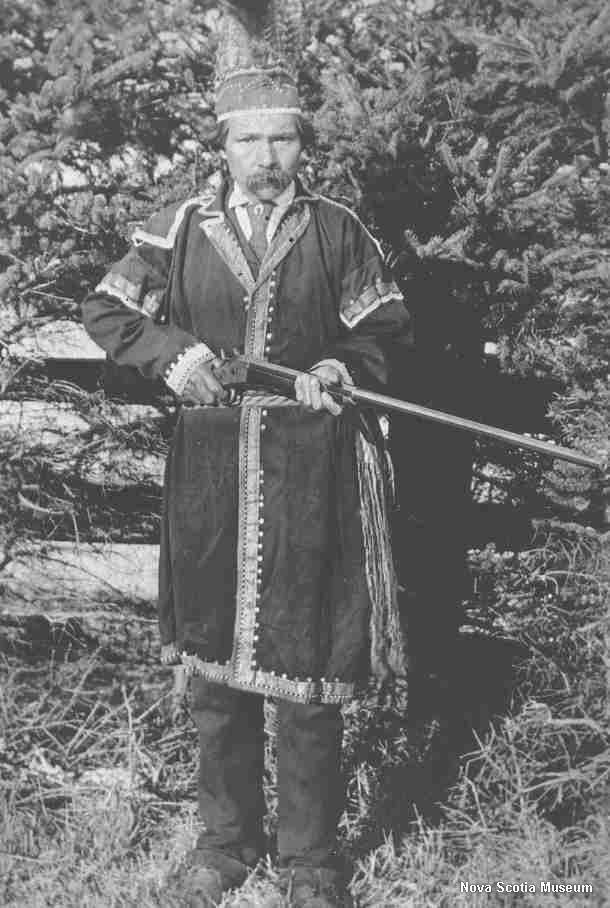 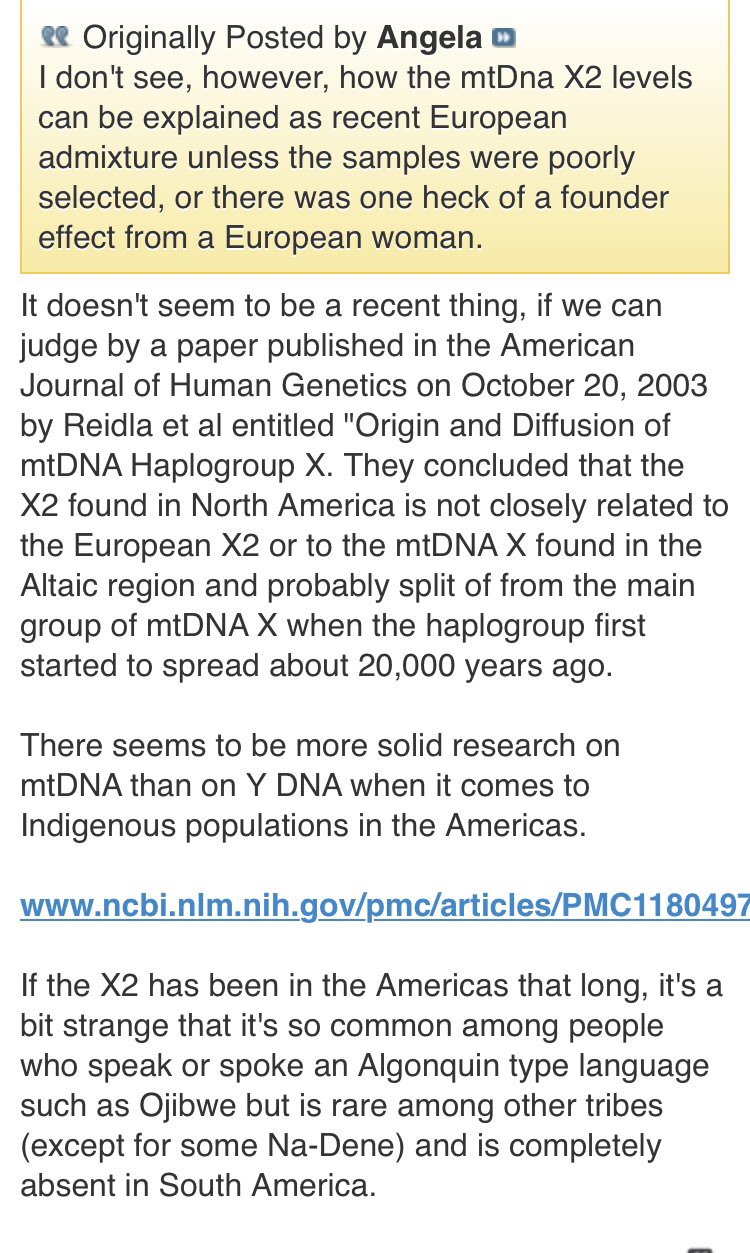 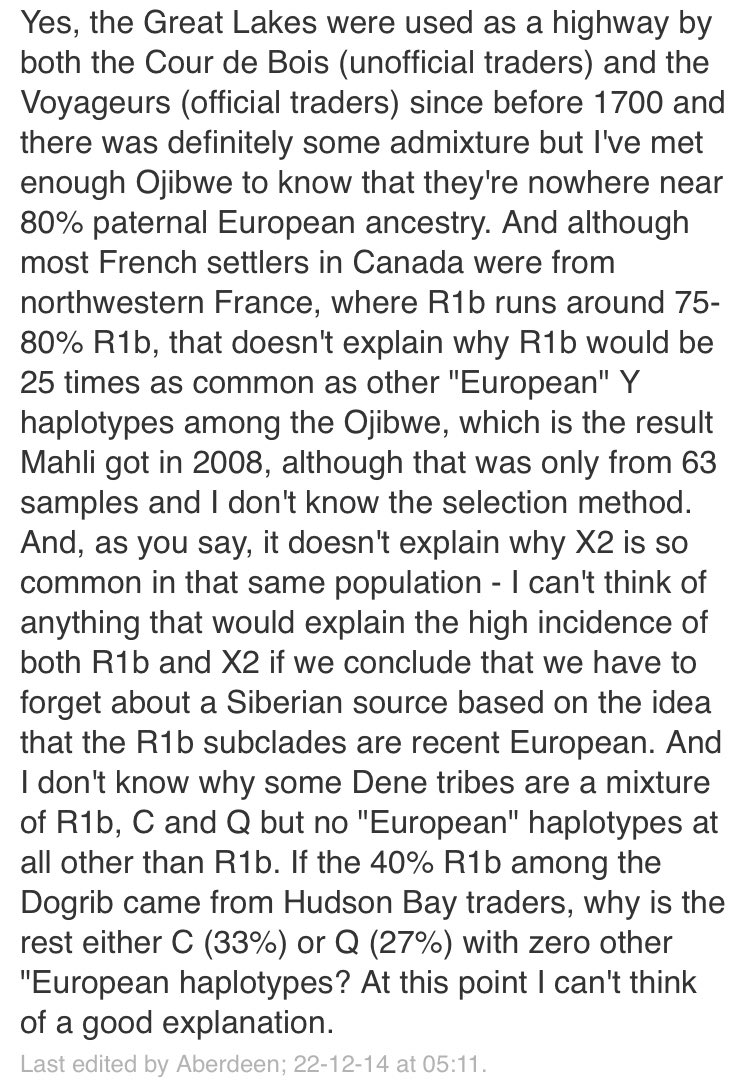 One explanation that has been proposed for this is the wild theory that greks or Minoans came to America as an ancient tradition every 30 years to mine copper ingots. A researcher has found that Plutarch explicitly describes this tradition. 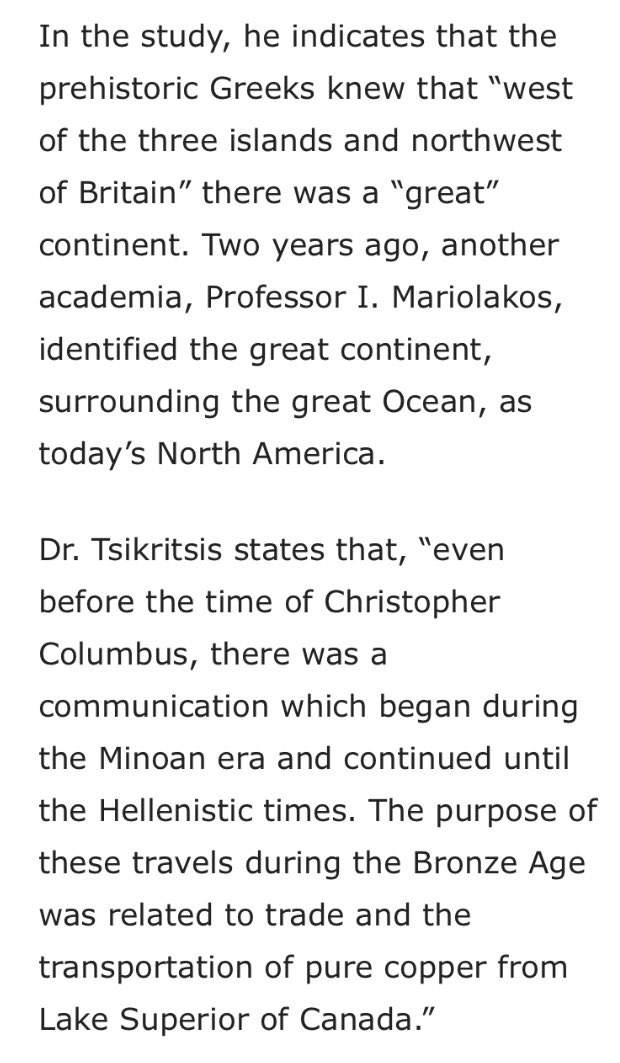 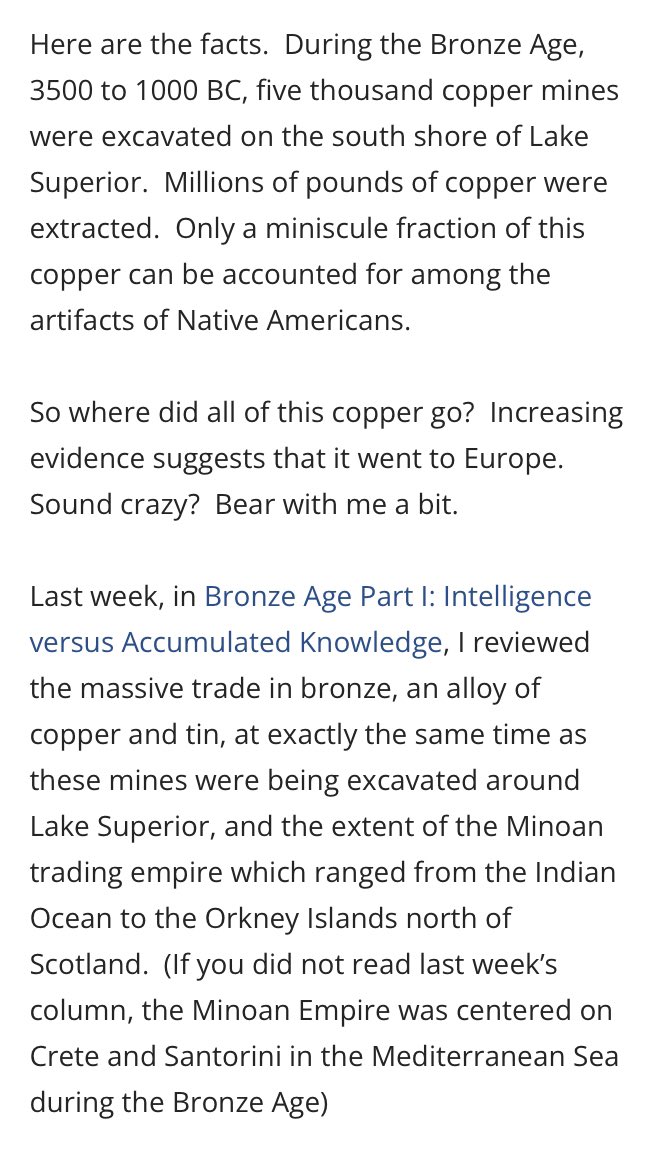 Bronze required extremely pure copper as well as Tin. Cornwall Britain was a major source of tin. The source of Europe’s copper is unknown. Copper mining in Michigan was taking place at the same time that Bronze Age expansion was occurring throughout Europe. 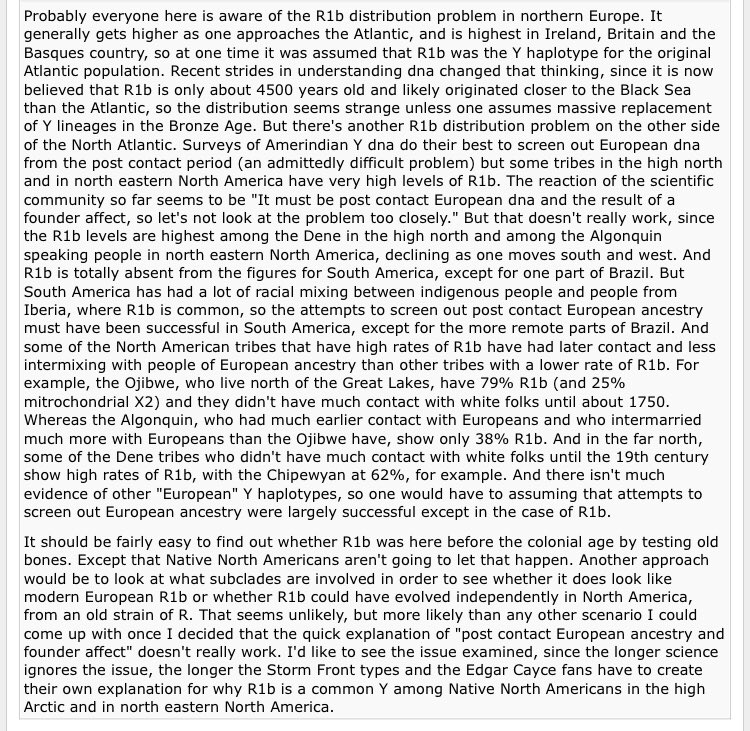 If this theory is true, the DNA enigma, the stories of light skin miners, and the Michigan copper all fits nicely.The Indo-European people known for burial mounds may have been, or influenced the Hopewell mounds of the Americas. I will like a thread from @SchwabRealHuman on mounds. 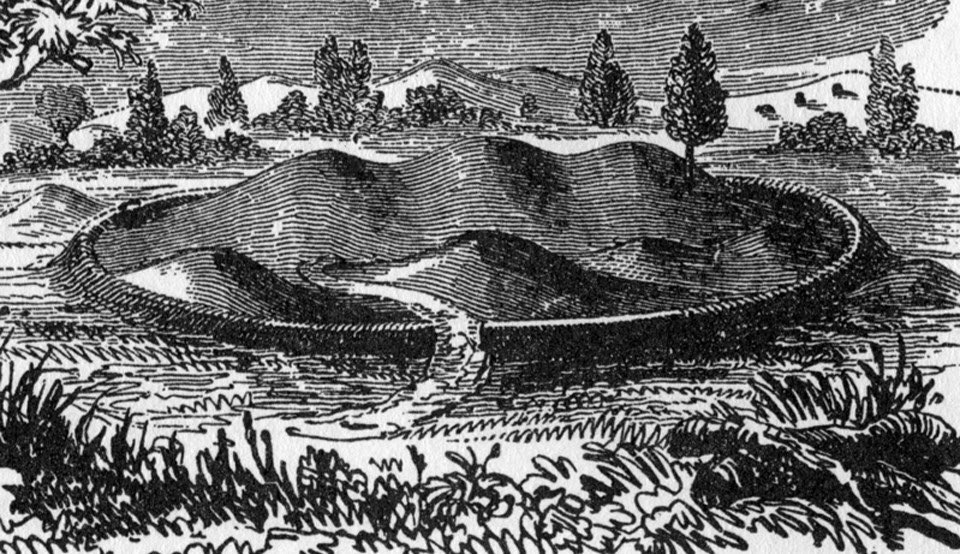 1. The revealing journey determines correctly the distance from Britain to the island of Ogygia, with a boat that sails with oars for five days (880 km).

2. It mentions a great continental land in the area of which there were three islands (Greenland, Baffin Island, Newfoundland) that had the same distance, on the northwest of Britain.

It specifies that on the same latitude, we find the entrance to the Gulf of St. Laurence and the Caspian Sea, a fact that we notice if we expand a straight line.

It states correctly that the Gulf of Saint Lawrence is a little bigger than Lake Maeotis, present day Sea of Azov.

The Gulf Coast was inhabited by Greeks since the very old times and after the expedition of the Mycenaean Hercules, possibly during the 15th century BC, the Greek element was revitalized after it reached a near-extinct point due to the constant miscegenation with the locals.

(It is obvious that Hercules was not accompanied only by Iolaus, but it was rather an expedition of hundreds of Greeks that changed demographically the area of the Gulf of Saint Lawrence, which they inhabited).

5. It determines a period of 30 years after which the journey started: when planet Cronus rose in accordance with Taurus. Astronomical evidence confirms that in the north latitude 47ο, during the 1st century AD, that period coincided with the end of May 86 AD.

6. When the journey home began, they stayed for three months on the island of Greenland in the north (60ο Ν), where the sun sets only for one hour during the summer solstice, between 9/6 and 9/7.

This definition confirms that the island of Greenland must be identified with the underworld, where Cronus had been buried in a cave and was being kept there by Zeus.

7. The reason for these long journeys during the Bronze Age is documented by the pure copper, which was found in large quantities in the region around Lake Superior and the island Royale, both located in Canada. From this area, about 50,000 tons of copper were mined 2400- 1200 BC.

8. During the time of Plutarch, as he states himself, they did not carry copper but golden cups and urns, inside which they kept the provisions for the journey.

9. Finally, it is known that in the ancient times the Oracles were centers where they kept chronicles of geographical knowledge, and as a result they gave advice about the future colonization. Therefore, it is acceptable that since Plutarch was a priest in the Oracle of Delphi.

10. It seems that the journey home was made from the north;starting from Canada they went to Greenland (island of Cronus), then they reached Iceland and finally Britain.A confirmation of this route is the station-island which still bears the name Mykines,west island of the Faroes.

Finally, the research by Tsikritsis claims that a journey was made from Canada to Carthage in 86AD, and that the Minoans and other Ancient Greeks had reached North America before Colombus.

Link: Researcher Claims Ancient Greeks Made It to America Before Columbus