Grounding: The Hidden Key to Health

As you're probably aware, every movement in your body happens thanks to electrical currents. You eat food, which gets metabolised into energy through chemical reactions, that power your body..

Is that the whole story?

The surface of our dear Earth mother is electrically charged, when we stand barefoot on her we are like phones with their chargers plugged in: she provides us with an unlimited constant supply of electrons.

When we spend time in nature we often refer to it as charging our batteries and this is indeed exactly what happens. As they often do, the word reveal more of reality than we consciously perceive.

Grounding (also known as earthing) refers to contact with the Earth's surface by walking barefoot outside or sitting, working, or sleeping indoors connected to electrically conductive systems, that transfer the energy from the ground into the body.

In other words, when you are 'connected' to nature, quite literally.

Unfortunately, this has become a rarity in modern life. Almost all shoes have rubber soles, and we insist on isolating ourselves using asphalt and cement.

I haven't been able to find any research on how long time the average person is grounded today, but I would expect an average urban person to be grounded less than an hour per day.

When we lived in nature, before we isolated ourselves from it, I would image the reverse being true: we were perhaps ungrounded an hour per day..

I think everyone knows how good it feels to walk barefoot on a beach, or on a path through the forest, and consider that it's actually pretty simple to make your life a little more like that every day.

When you're grounded, you become an extension of the Earth's own electromagnetic field, which prevents any current from building up on the outside of your skin: Static electricity, as we call it.

That doesn't mean that you're protected against all kinds of EMF, but it should help a whole lot.

The research suggests that the ungroundedness is a major contributor to disease and poor health. It also shows that grounding yourself brings strong, immediate benefits.

These charts show people's circadian rhythms before and after they started sleeping on a mattress that connected them to the ground. 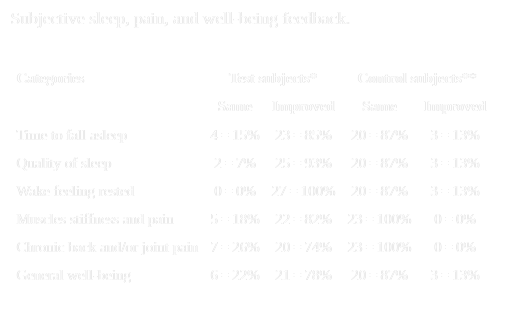 In the exact moment that you ground yourself, a rapid activation of the parasympathetic nervous system and a metabolic healing response occurs, needing more oxygen consumption - you take a deep breath, can you feel how good that would be right now?

In the study above, two groups of young men completed an exercise program while on a controlled diet, sleeping schedule in a hotel.

As you can see, the grounded men experienced a lowered white blood cell count despite the strenous exercise program. The post-exercise muscle soreness was decreased by more than half, which is quite incredible considering that this is the first intervention that has ever been able to decrease DOMS.

Below we see significantly reduced muscle damage after an intense treadmill exercise in a triple-blinded study. 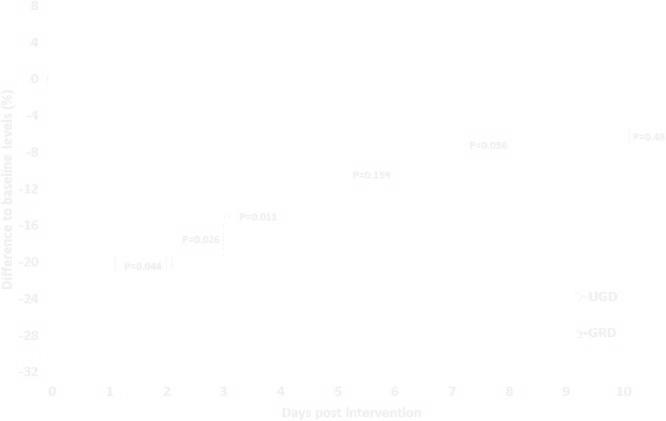 We have also seen significant measurements of:

As previously stated, when you are grounded you become a part of Earth's magnetic field: You become 'electrically immortal', if you have a reactant toxin in your body, mother Earth has the electron you need, because electrons act as natural antioxidants. You can see the body inflammation through heat imaging. 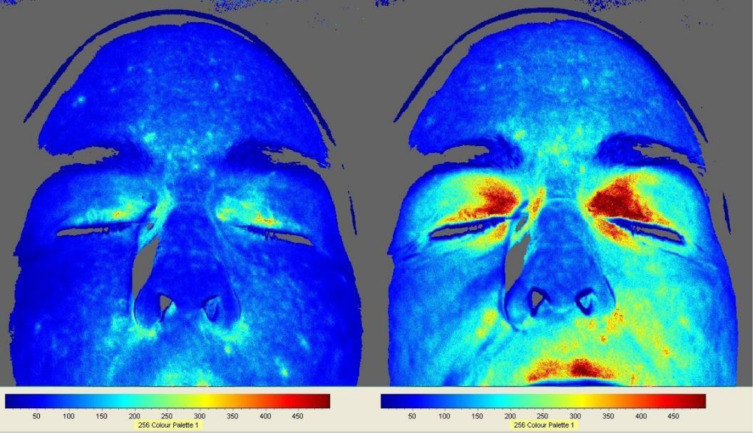 It is not a stretch to imagine that you literally become smarter while you are grounded. It would actually be quite surprising if that wasn't the case.

This is a chart of commonly reported benefits of grounding, some of this has been scientifically proven, some is only ancedotally reported at this point. 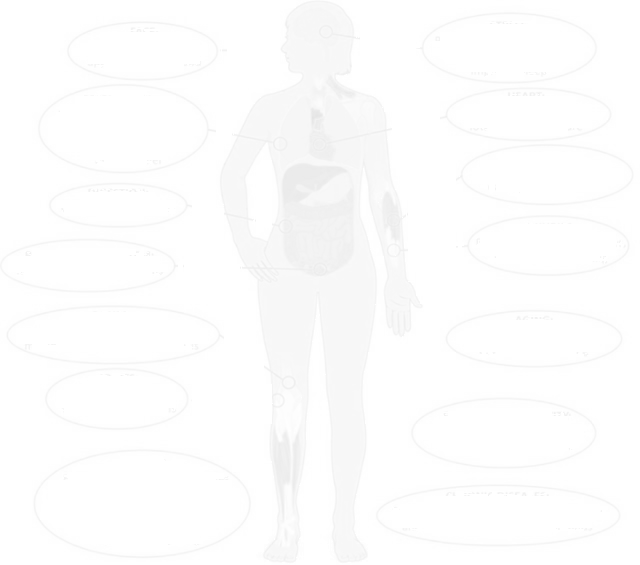 I could go on, but I think we've covered that being grounded is a critical component to staying healthy.

You must be wondering, how can we ground ourselves more? Walking barefoot in nature sounds lovely, but it's easier said than done. However, when the opportunity arises, throw away your shoes and walk barefoot!

The eternal romantic in me would like to share these three Jasmine flowers with you, they are all cut from the same bush, but only two of them are grounded. All three are in metal pots, but the one to the left is on an isolating plastic lid. The one to the right is on a grounding sandal. 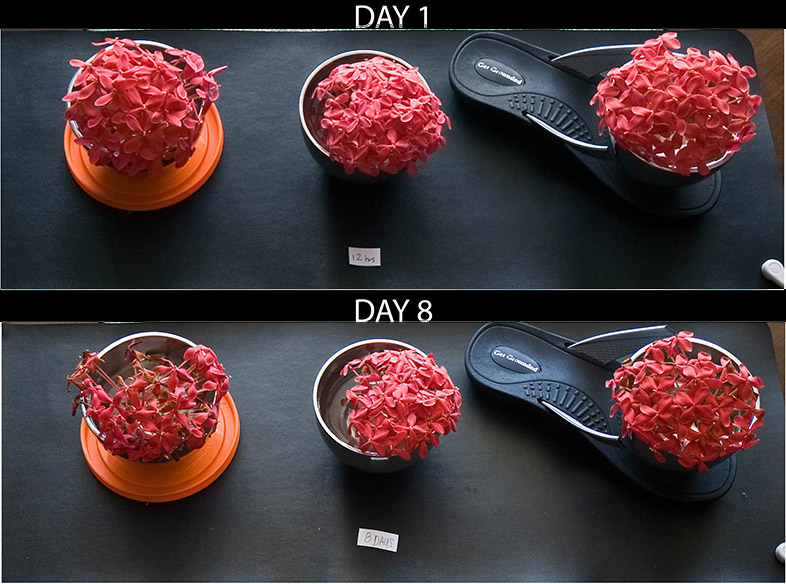 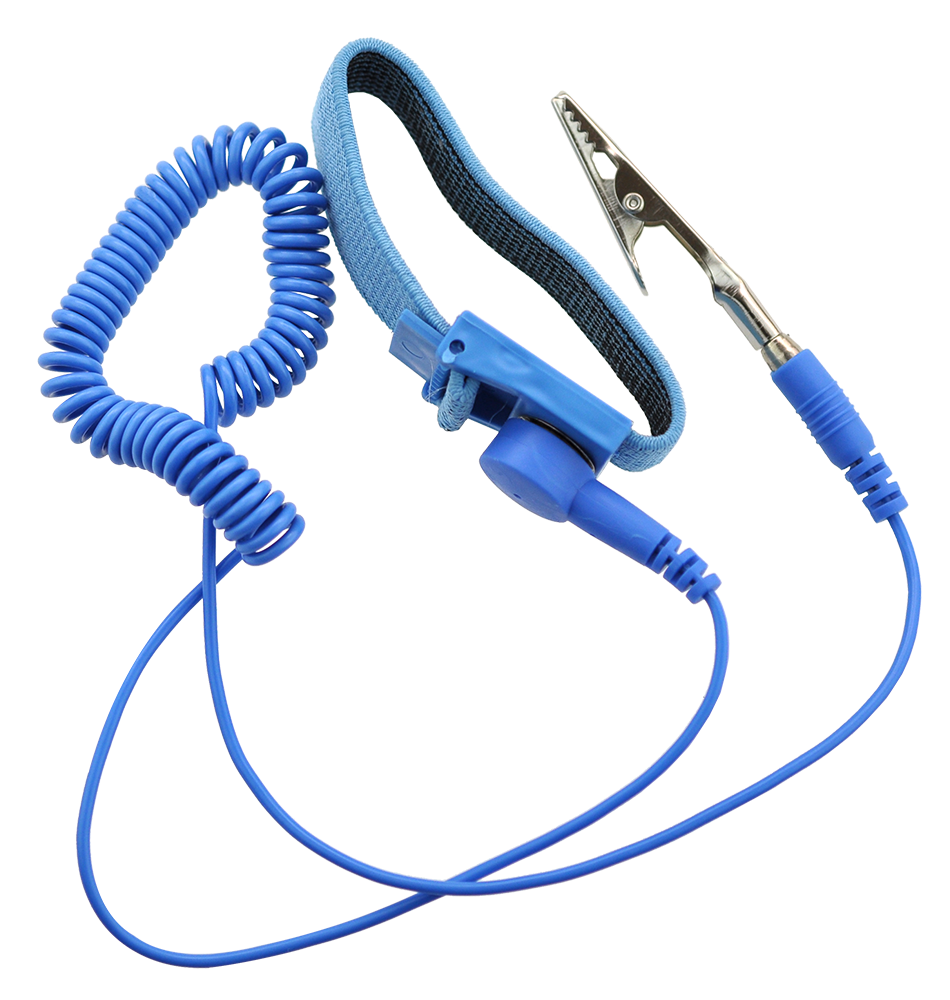 These are really cheap, so if you cannot afford a grounding sheet, consider this. It is perhaps also something you can use while studying or working at a desk.

Again, ideally connect this to a waterline.

If you spend a lot of time by a desktop computer, a grounding mousepad is a great way of adding more hours in your day where you'll be grounded. 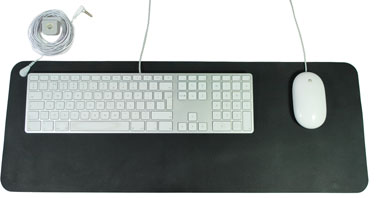 Research shows that you will have greater benefit grounding directly where you are experiencing the most health issues, so for some people grounding patches are a great option. 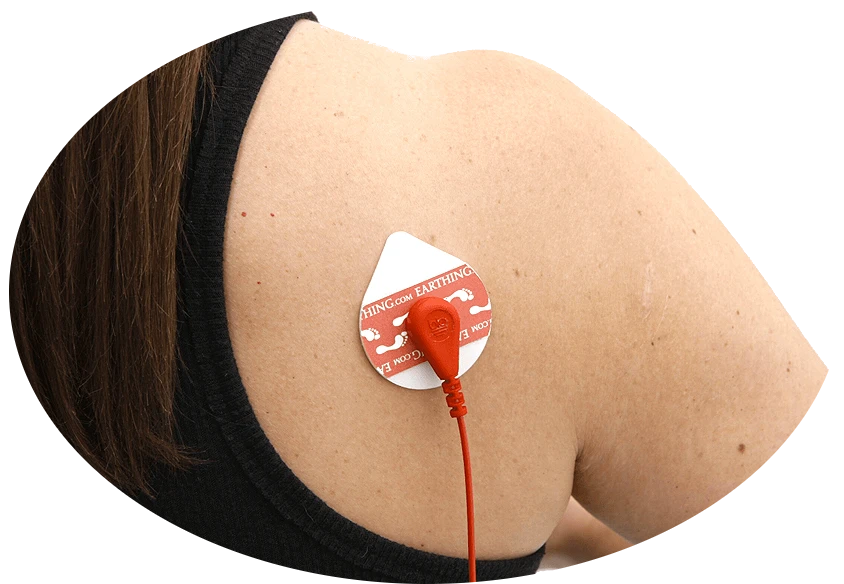 If you have the heart to drive a nail through your shoes, you can purchase a cheap "grounding DIY kit". 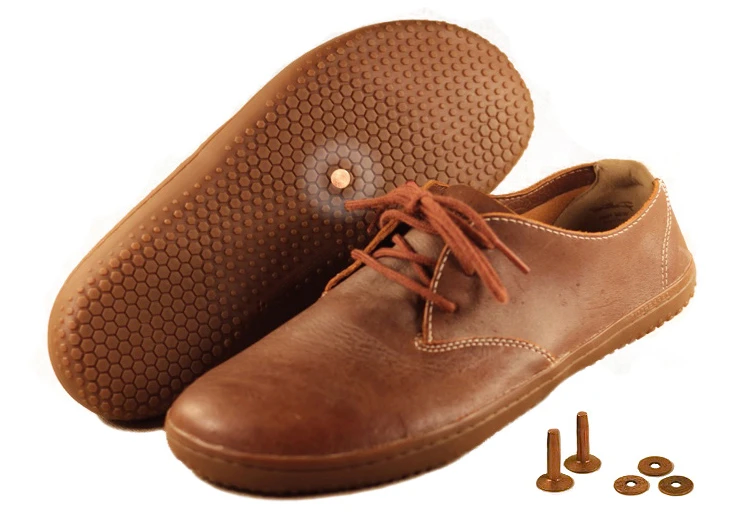 There are also non-intrusive shoe modifications to make them grounding:

Leather and Cork are elecrically conducive, so many sandals are grounding.

Wood can be electrically conducive sometimes; it depends on the moistness, so some wooden clogs can potentially be grounding.

Throw away your sandals and replace them with grounding ones. Simply search for grounding shoes or sandals on Amazon and you will find plenty of good options. 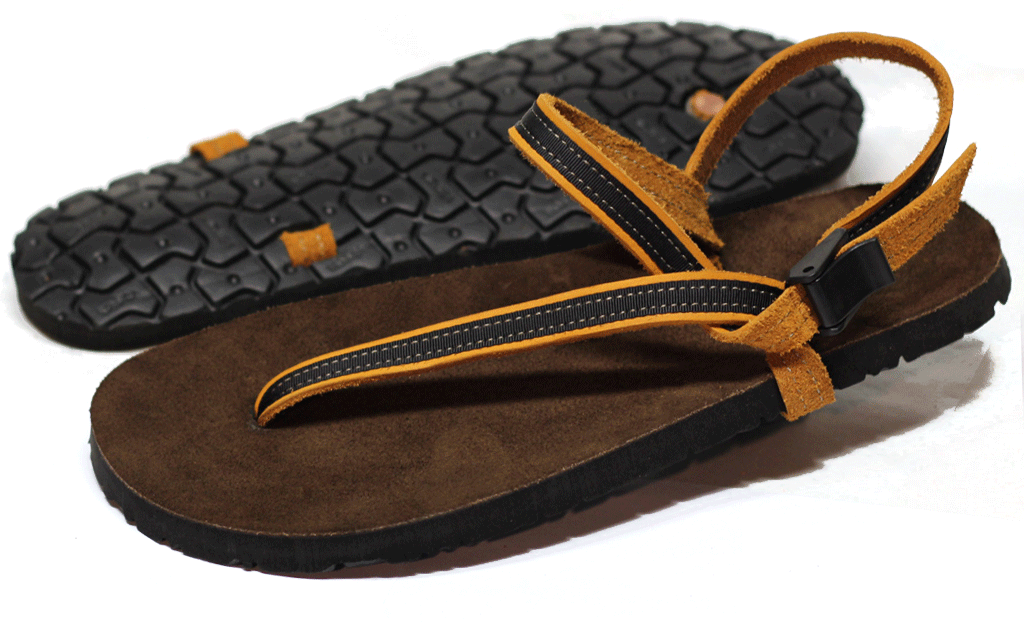 Socks should in theory isolate you, but a tiny amounts of sweat will allow electricity to pass through them anyway.

There are also socks with silver fibres which are efficient grounding socks.

Good news: Your bath is grounded!

Since both water and metal readily conduct electricity (and Orgone..) you're connected to the ground, since the water pipes act like cables, the faucet stops being connected to your bath when you turn it off, but your bathtub is still likely touching a pipe somewhere, by the drain as an example.

This obviously means that showers are always grounding, too.

If you're like me, and don't own a bathtub, you can easily make a grounded footbath. Just draw a cable from any waterline to the water. Just make sure you do not touch anything electrical while you're grounded, unless you know exactly what you're doing, I don't want to see anyone electrocuting themselves out there.

Allowing your body to become one with the Earth's electromagnetic field is something that surely has strong spiritual effects, especially when you consider that the variance in Earth's frequency has been shown to vary alongside human world events.

It's plausible that your connectedness to nature and fellow man increases by staying electrically connected to Earth, which seems to represent our collective wholeness.