From the original article by Luke Smith.

Latin was the first language I learned and has probably been the most useful. Here I'll talk about some of the things it's gotten me and some recommendations for how to learn it well.

What I've gotten out of learning Latin

You get multiple languages for one.

Latin, as you probably know is the ancestor of Italian, French, Spanish, Portuguese, Romanian, etc. Once you know Latin, it is quite literally downhill learning any of these. In college, I decided to take Spanish for a degree specialization (I was doing an international business thing and required a foreign language). Merely based on my knowledge of Latin, I just tested into fifth-level Spanish and figured it out from there. I don't even remember learning Spanish, but I can speak it and still do every once in a while.

In grad school I took classes taught in Spanish and French. I can basically read all Romance languages. I even read Rhaeto-Romance poetry for fun (the languages of Switzerland). All of this is nearly free stuff when you learn Latin.

Latin will unironically red-pill you on many subjects.

Looking to other cultures in the world might change your view of things in some superficial way, but looking into the past will revolutionize how you see it. A recurring point I make in many contexts is that the past is literally an alien civilization. Most of what people pretend they know about it is repeatedly cited modern rumors about it. Seeing it in its own words is very different.

It's insane the amount of writing done in Latin in the medieval period and antiquity, so much of which isn't even on the mind of translators. A lot of historians just cite modern historians. Theologians cite modern theologians. Scientists cite modern scientists. Once you crack open a traditional book on any of these subjects you realize the provinciality and oblviousness of modern "frameworks."

In generative linguistics, people who have never read anything written before 1950 pat themselves on the back for all the "problems" they've solved not knowing they are only retreading paths long established by Stoics, Modistae and early Indo-Europeanists. There are a lot of theologians and philosophers who are trapped in modern citation circles because they don't have the power of Latin that can bring them in touch directly with Aquinas or Augustine or other philosophers of the early periods.

Knowing Latin is like an academic superpower and supposed intellectuals will fear you. Latin used to be the bare minimum of a respectable intellectual... actually... you know what, it still is. Now is your chance to have an actual one up over more pompous people whose only function is writing lit reviews with a disability to read original sources. Being privy to an original and long-neglected source will be a continuous content mill which will unironically be the envy of others in academia.

Knowing Latin is better academically than an undergraduate degree in linguistics.

The process of learning Latin and the lore around you will equip you with all the terminology and principles to make you superior to someone who just studies "linguistics" without any actual application. I really mean this. When I was a grad student in linguistics, all the brightest undergrads had one thing in common: Latin. I actually came to judge people based on how they first got interested in linguistics. The smartest ones always started with Latin, the biggest plebs always started because they liked some Steven Pinker book (sorry Pinkucks! Those are the honest facts!)

How to Learn Latin 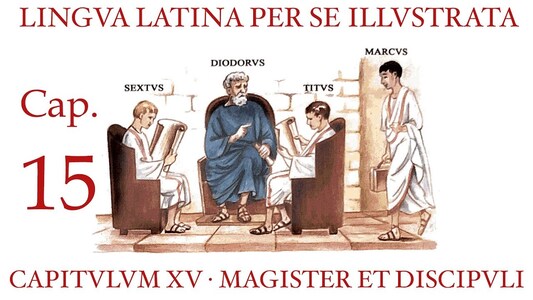 When I learned Latin, all I had was a copy of this book: Collar & Daniell's Beginner's Latin Book. The truth is that most old Latin books are good (old being at least 70 to 100 years old). After language learning became commercialized, it all became dismissable. You can see a list of downloadable Latin textbooks and other materials here here.

The only other source I used in the past to learn and read Latin in a biglottic Latin/Greek New Testament (i.e. Greek on the left and Latin on the right). This is probably actually the single most significant book I own, now that I think about it. I learned Greek from it too and I've had it for around 15 years now.

Although I didn't know about until later, there is another very unique and excellently made Latin series called Lingua Latina per se Illustrata "The Latin Language Illustrated by Itself" by Hans Orberg. You can see an English publisher here, but you can also find them on eBay or pdfs on Library Genesis or Pirate Bay (along with audio for the books).

LLPSI is unique and really stands out. The entire book, including explanations is in Latin. Latin words and grammatical concepts are explained by illustration and example. This sounds absurd frankly: how are you supposed to learn a language from a book written in that language? But the design is so perfect that it works.

I recommend to get LLPSI and some classical grammar primer like Collar & Daniell's because I think especially for newbs, it might be necessary to have explicit instruction about grammar points in English.

Read this article: "Latin by the Dowling Method." It's back from the early internet and its recommendations have stood the test of time and I agree with them.

You may've known about these already, but they're worth noting.