From the original article on July 1, 2022, by Stone Age Herbalist.

Welcome to the monthly round-up for archaeology. June was certainly quieter on the bombshell genetics papers, which was a welcome relief for me! On the discoveries front excavations all over the world keep turning up incredible finds, from deities to mass frog graves to mosques. Studies in animal domestication and ancient diseases also continue, integrating genomics, zooarchaeology, botany and good field archaeology. Nowhere is this combined approach seen better this month than the excellent paper on two early Islamic burials in Syria, combining genetics, collagen extraction and mortuary analysis. Finally a hint of Homo erectus population movements in China round out the summary.

The Saqqara Necropolis is just south of Cairo, an area filled with pyramids, elite burial grounds and cult ceremonial buildings. An excavation mission has been working at the necropolis since 2018, uncovering many extraordinary finds. This latest announcement showcased some 250 wooden coffins and 150 bronze statues dated to the fifth century B.C. The bronze statues displayed images of Bastet, Anubis, Osiris, Amunmeen, Isis, Nefertum, Imhotep and Hathor. Mostafa Waziri, the secretary-general of the Supreme Council of Antiquities also revealed that a papyrus written in hieroglyphs was found  during excavations inside one of the coffins and may contain verses of the Book of the Dead. 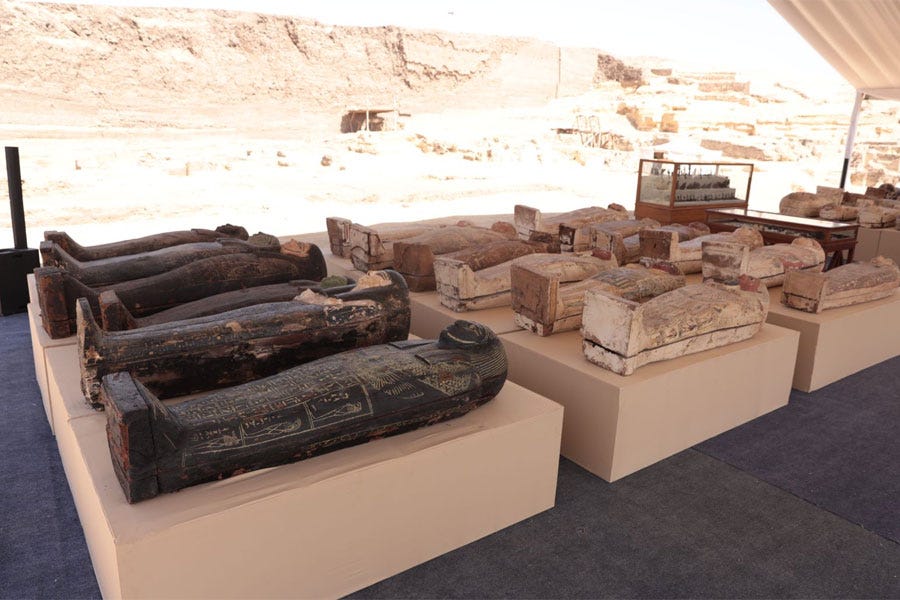 A study from the University of Arizona examined prehistoric dog fossils in Adriatic Croatia, running from the early Neolithic to the Roman Iron Age. Estimates of the earliest dogs placed their weight around 33 lbs, this jumped to 37 lbs two millennia later and finally to a 50 lb average during the Roman era. The researchers speculate that the increasing use of guard dogs to protect sheep flocks during summer pasturing in the mountains led to a breeding program for larger and more capable animals.

Palenque was a Mayan city state located in modern southern Mexico. It contains some of the most impressive architecture and stone carvings from the period. Palenque was abandoned in the 8th century AD, like similar cities, due to drought and famine. Excavations here have been ongoing for decades, but only an estimated 5% of the site has been uncovered. This find of a giant stone head depicting Hun Hunahpu, the father of the Mayan ‘Hero Twins’ Head-Apu and Xbalanque, follows other stone carvings including the maize tree at the Temple of the Foliated Cross in Palenque. The head was placed into a ritual pond, probably related to the god’s trip into the underworld, and sealed up along with vegetables and the bones of quail, turtles, fish, dogs, shells, crab shells, ceramic fragments, figurines, obsidian blades, green stone beads, shells beads, seeds, and snails.

Two bodies uncovered at Tell Qarassa North, a Neolithic site in the Village of Qarassa in Syria, were subject to genetic and bioarchaeological analysis. The results indicate that the individuals carried mitochondrial and Y haplogroups (one Y-linked) consistent with modern Bedouin and Saudi populations ( J2a2a1a1 and R0a2, J). Radiocarbon dating placed the burials around the Umayyad Era and the bodies themselves were placed on their backs, oriented east-west. According to the paper:

Together with the radiocarbon dates, the wrapping, the position and orientation of the bodies facing Mecca are concordant with Muslim funerary rituals following Early Islamic burials. However, these individuals were not buried in a traditional Muslim cemetery. This may be explained due to special circumstances of death or cultural identity: nomadic populations, pilgrims, deviant burials or plague victims. The requirement of a Muslim burial to take place within 24 h after death might have made some compromises necessary.

Assessment of collagen samples indicates the individuals ate an animal protein heavy diet, consistent with pastoralist Bedouin consumption patterns. Bacterial samples taken from the bodies were inconclusive, but point towards the individuals dying as a result of infection. The researchers speculate this could have been the Justinian Plague, known to have cyclically ravaged the Middle East between 541 AD to 749 AD. Overall the paper demonstrates the strength of modern bioarchaeological methods, able to extract diet, genetics, place of origin and relatedness. The evidence points towards two transient individuals travelling in a predominantly Christian region who died quickly and simultaneously, buried in general accordance with Islamic rules but not in a Muslim cemetery.

Alongside this paper, there has been a reported discovery of a 1,200 year old mosque in the Bedouin town of Rahat, in the northern Negev, Israel. This is the second such find in the town, and points to the early spread and consolidation of Islam in the area. 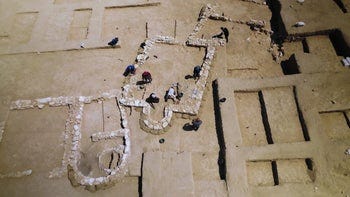 The origins and spread of chickens has long been debated, with many differing locations posited as the source of their domestication, including India’s Indus Valley, northern China and Southeast Asia. In two papers summarised into one article, we finally see a coherent story emerge. Beginning in Ban Non Wat, a site in central Thailand (1650 - 1250 BC), researchers suggest that rice and cereal farming attracted the red jungle fowl to come into contact with human settlements. The spread of the chicken into China, Mesopotamia and Europe seems to have been initially for religious or spiritual reasons - the chicken being a powerful animal in Chinese shamanism and other belief systems. It took the expansion of the Roman Empire before archaeological evidence for chicken consumption appears regularly, prior to this burials across Asia and Europe show chickens interred alone or with humans without any markers for butchery.

In a truly bizarre find, an iron age roundhouse at Bar Hill, Cambridge, turned up a 14 metre long ditch filled with over 8,000 frog bones. The settlement itself lasted from 400BC-AD43, and while it isn’t unusual to find frog bones on these sites, the sheer quantity here is baffling. The bones show no signs of cut-marks or of being eaten. Theories range from some unknown fertility ritual to a mass accident when migrating spring frogs all fell into a ditch. The lead zooarchaeologist, Dr Vicki Ewens, described it as a “a prehistoric frog tragedy” and said:

“In my experience, mainly working on sites from London, we don’t get that many frogs. To have so many bones coming from one ditch is extraordinary. In my research, I’ve only found two Saxon sites with single bones on each. They’re a frog that was only found in East Anglia that died out in the 1990s, possibly due to habitat loss, but has recently been reintroduced”

The origins of the Black Death have been a source of debate for centuries, typically associated with central Eurasia. A team from the Max Planck institute managed to recover strains of the plague bacterium Yersinia pestis from cemeteries located near Lake Issyk-Kul of modern-day Kyrgyzstan - Kara-Djigach and Burana. The graves here, dated to 1338–1339, display inscriptions noting that plague was the cause of death. The researchers were able to retrieve and sequence two bacterial genomes, showing that they belonged to the same strain. Furthermore they were able to show that this strain is the last common ancestor of the major diversification associated with the pandemic’s emergence. This clearly points to central Eurasia as the source of the outbreak.

June 16th: Homo erectus fossils in China could be the earliest population

Homo erectus remains uncovered in the 1960’s have been reassessed by scientists from the Institute of Vertebrate Paleontology and Paleoanthropology and an international team of researchers. The fossils, amounting to the maxillary and five teeth from the skull were excavated at the Chinese site of Gongwangling.

The researchers used micro-computed tomography, geometric morphometry, and classical morphology techniques to show that this individual was related to previous finds, but still showed levels of variation. The time span for Homo erectus in China is enormous, spanning 400,000 years. According to José María Bermúdez de Castro of CENIEH:

“The Gongwangling site helps to plug this enormous lapse of time and suggests that Asia might have been settled by successive populations of the species H. erectus at different moments of the Pleistocene,” 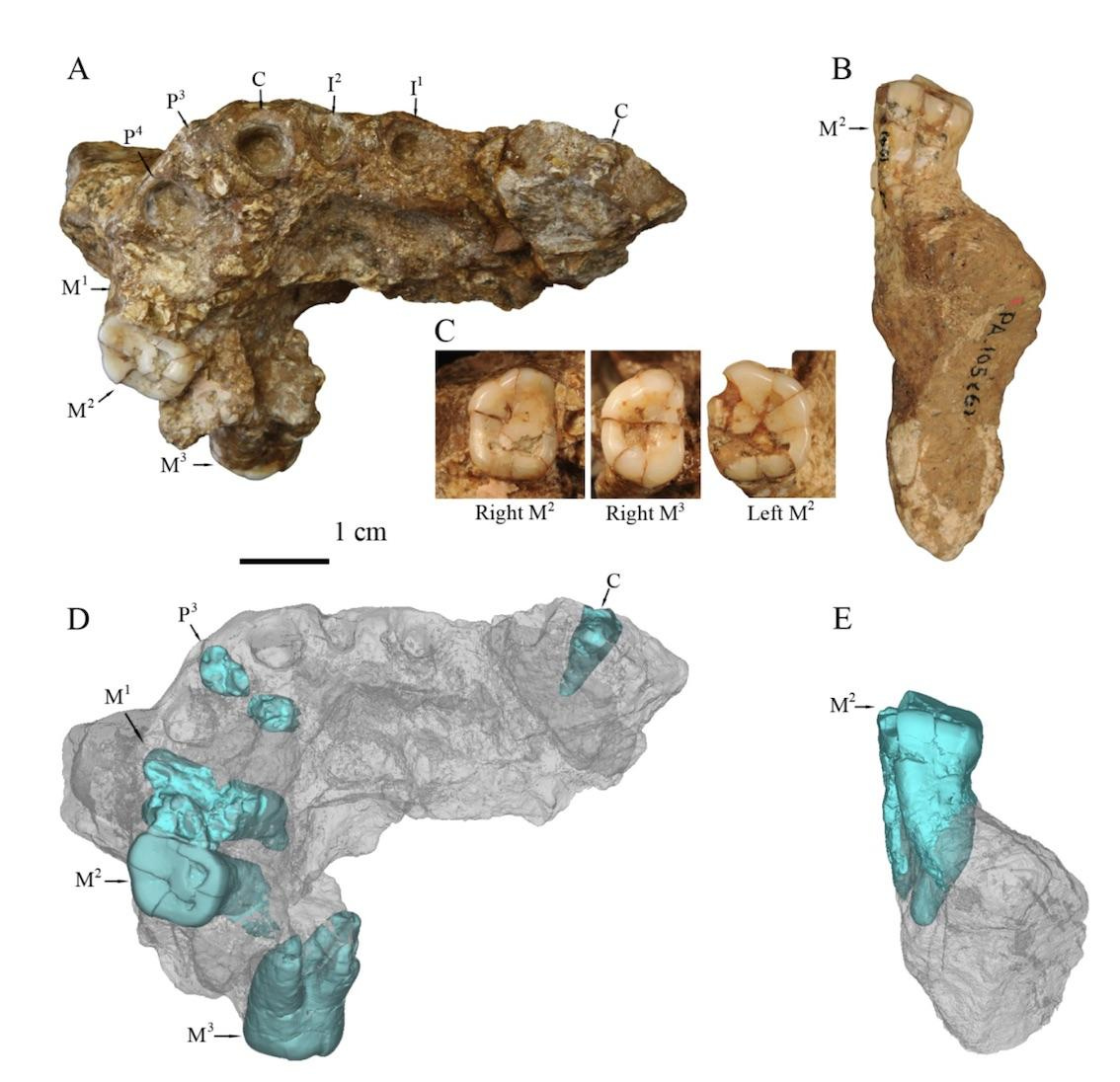 A paper published in Nature from Tel Aviv and the Hebrew University of Jerusalem suggests that fig and olive trees were first domesticated in the Central Jordan Valley, Israel, around 7,000 years ago. The evidence for this claim comes from seeds and charred olive and fig wood, from the site of Tel Tsaf. On the face of it this seems reasonable, given the contextual and later evidence, however, botanical evidence in archaeology can be notoriously fickle. Part of their interpretation rests on the discovery of many young fig tree branches, which they interpret as evidence for pruning. They also note themselves:

These archaeobotanical remains point to the consumption of figs at Tel Tsaf, but it is unclear whether they originate from local wild or cultivated trees or via trade. Three main reasons underlay this uncertainty: (1) Ficus carica occurs as both wild and feral riparian trees along the Jordan River in the vicinity of Tel Tsaf, (2) it is impossible to distinguish wild from domesticated fig on the grounds of wood anatomy and seed morphology and (3) the literature regarding on the timing of fig domestication produced inconclusive and sometimes contradictory results

To my mind these caveats invite a level of scepticism towards the whole paper. While it is often the case in domestication studies that wild and tame phenotypes often look identical, this particular conclusion is on shaky ground without other corroborating evidence.