From the Twatter thread on December 15, 2021, by Stone Age Herbalist.

Historically many societies seemed to welcome the arrival of strange and powerful outsiders, placing them in great authority. This ease with which many cultures were dominated has been called the 'stranger kings' phenomenon. Some examples: 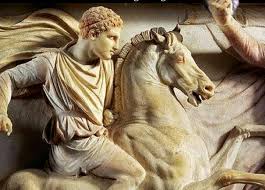 Anthropologist Marshall Sahlins noted that Polynesian royal authority was often bound up with strangerhood, of arrival from heaven. Capt Cook in Hawaii was viewed as the god Lono, no sooner had they killed him, they asked the British when he would be returning. 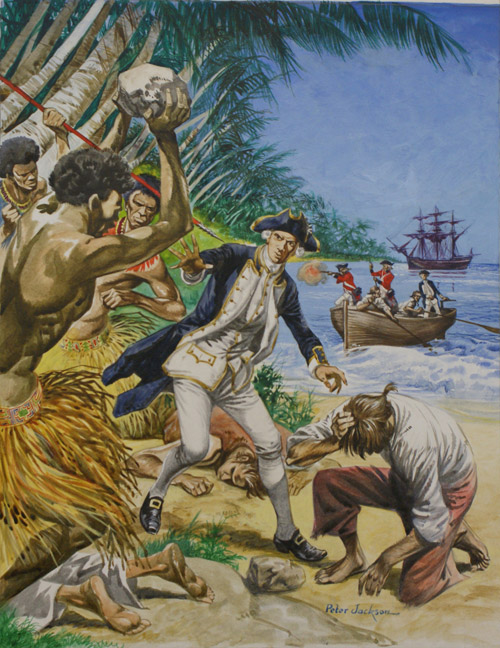 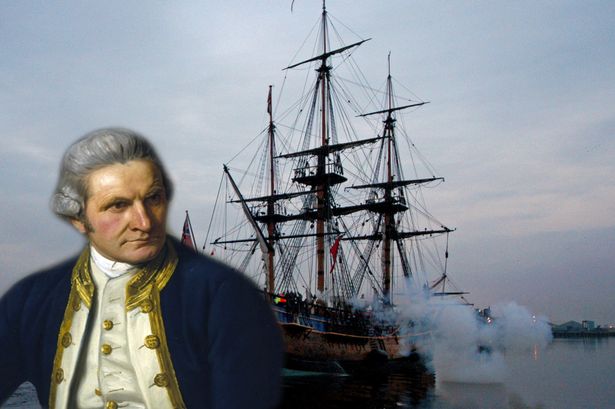 The Hawaiians say, "a chief is a shark who walks on land". Similarly, the Fijians say a chief is a 'kai tani' - a stranger or a different person. A typical myth has a victim of a shipwreck befriended by sharks and brought ashore, there to marry the chief's daughter and take power. 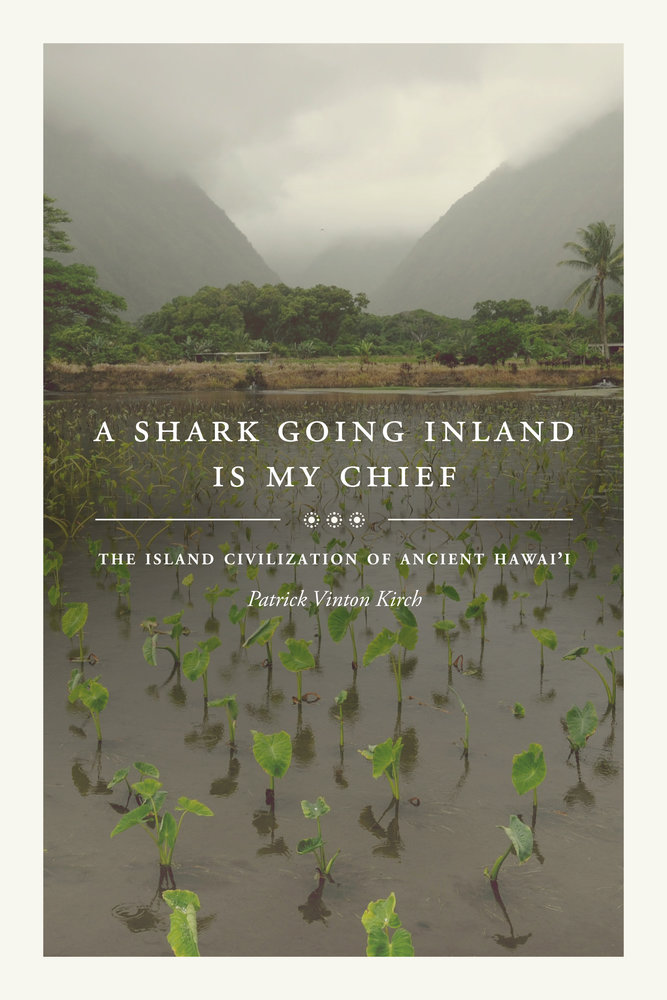 Developing a theory of power, Sahlins argues that royal legitimacy arises both from usurpation and denial of the moral order, a form of primal chaos. Hence chiefs engage in incest, fratricide, cannibalism and other taboos. Kingly power is external and above mortal concerns.

In Sulawesi, kingship was bound up with contractual obligations towards providing judgement and arbitration for trade and administration. Kings were not absolute sovereigns, nor divine. But whenever their rule failed, a more Hobbesian situation emerged.

Into this tradition stepped the Dutch East India Company (VOC). While modern myths of colonialism speak to their greed, the VOC didn't initiate their takeover of north and central Sulawesi, they were invited to build forts by the local population.

In Minahasa in 1804 a single European official backed up by a bookkeeper and 50 soldiers governed 100,000 well-armed people, whom he described as ‘very much attached to the Company’ even adding that mention of the word ‘Company’ was ‘sufficient to get them to do almost anything.

A common motif in stranger king stories is the marriage between the male stranger and the daughter of the native chief. According to J G. Preaux, the Indo-European tradition of kingship contained precisely this pattern as well:

Every foundation of a city, every conquest of royal power becomes effective from the moment that the stranger, charged with a sacredness by the gods or the fates, endowed moreover with the force of the warrior symbolically gains possession of a new land either by receiving peacefully, or by conquering, valorously or through a ruse, the daughter of the king of the land.

The Malay Annals record the rise and fall of the Malaccan Sultanate. Remarkably the founding ruler is none other than Iskandar - Alexander the Great, a powerful stranger welcomed and married to the daughter of the previous ruler. Similar stories are found in Borneo and Sumatra. 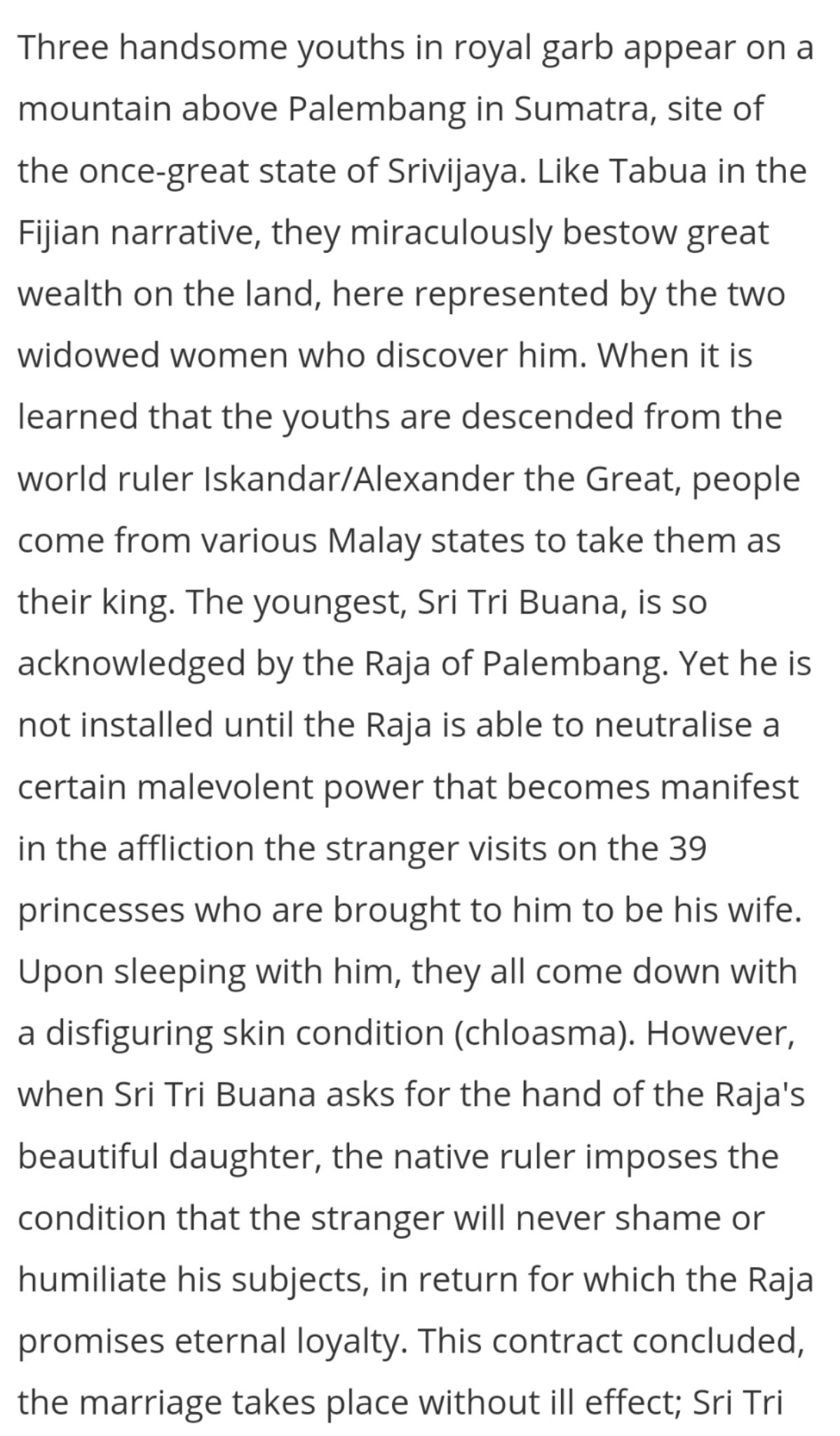 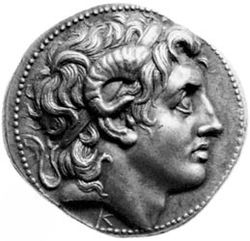 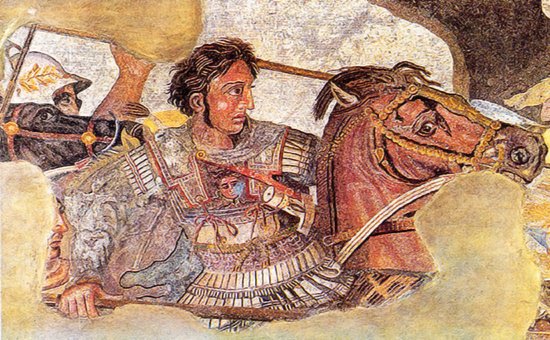 Alexander's power was such that, even in the 18th century the sultan of Minangkabau affixed three seals to his edicts - the sons of Alexander: The Sultan of Rum, the Sultan of China and himself.

Sahlins argued that the Greek city states and regions were mostly all governed by stranger kings - the Macedonian Argeads as a prime example:

He continues to build a theory of stranger king power through a study of cosmological binaries: Sea vs Land, Wilderness vs Settlement, Celestial vs Terrestrial. As the stranger comes from outside he has no prior right to the kingdom, only what force he can wield.

African Kingdoms show a similar pattern through the dark wilderness and tamed civilisation. Evans-Pritchard describes the Kongo immigrant king as having the right to ritually murder his new kin by marriage, but is symbolically domesticated by wearing heavy iron chains.

The examples could continue, from Mexico to India, but the point is well illustrated I think - kingship is regularly tied to a rupture in the organic order, a form of chaos which has to be physically and symbolically domesticated through marriage and ritual.

Although you can def criticise the theory, it's interesting to consider in light of many colonial events where tiny numbers of men collapse whole civilisations. 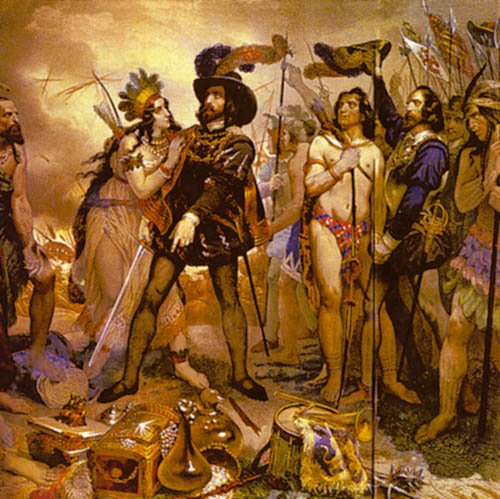 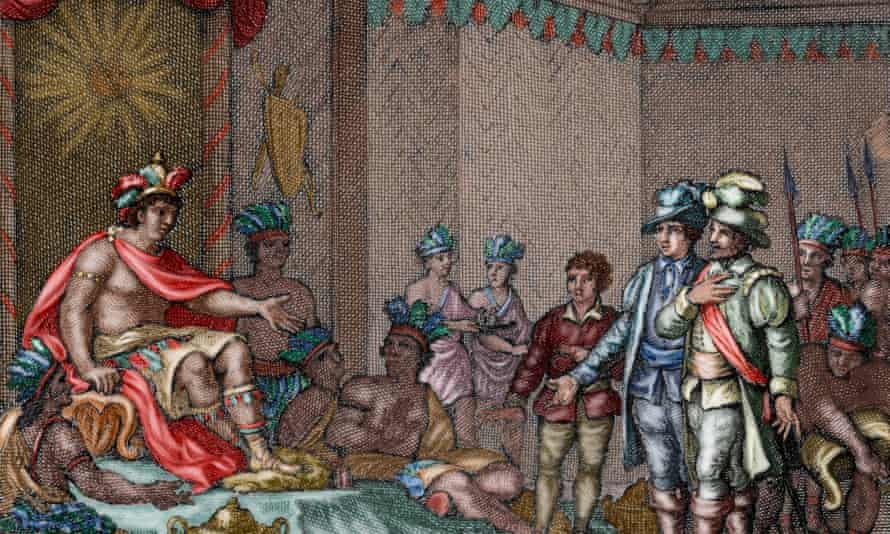 Which of you has the spirit and courage to go be a new stranger king, marry the girl and found a dynasty?