"Inertia" is an axiom of physics; because it is ever-present in all observations of reality. Inertia, meaning the resistance to motion, is simply how things work. It is not the role of physics to explain why, only to formulate laws on behavior.

Conventional physics considers the inertial frame the same as the electromagnetic frame. But.. the more you think about it, the stranger it all seems. 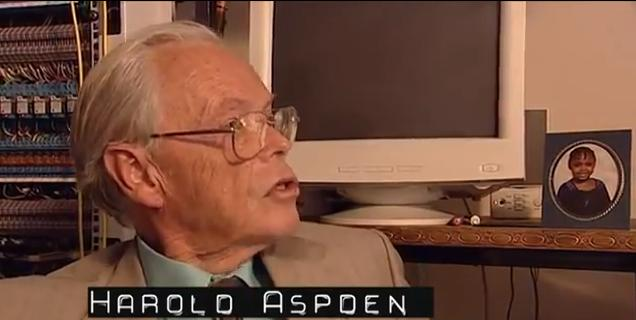 This is the story of when Dr. Harold Aspden discovered something quite amazing in his lab in 1994, something that does not line up with the supposedly immutable law of inertia.

He was conducting experiments with electrical motors, which took a couple of minutes to rev up to full speed, 3250 rpm.

The total energy required to spin the engine up to full speed was measured to be 300 Joule.

Harold let the motor run for 5 minutes, then shut it off, and it was brought to rest in mere seconds.

He started the motor again shortly after.. and it took half the time to reach full speed, and only required 30 Joule!

He could wait as much as a minute before starting the engine again, and still measure a greatly reduced energy expenditure.

There is little heat involved since the motor is electrical, so decreased friction from residual heat is not a plausible explanation.1

When restarted, the motor could run in the opposite direction and still yield a lower energy expenditure. This means that the effect seems to be reduced inertia rather than some sort of æther frame dragging. This makes sense because if it was any other way, we surely would have noticed this effect before, because we would sense us being dragged around in different directions: Step onto some train tracks after the train leaves the station and feel yourself being pulled after it! This obviously does not happen, at least not to the magnitude where it could explain this experiment.

The Aspden Effect seems demonstrate reduced inertia through æther perturbations. This assertion is strengthened by the fact that Harold observed two very notable things: First, if he re-aligned it 90 degrees, the effect was nullified. Second, the effect size varied by time of day, it displayed a daily cycle.

Both of these odd characteristics are well documented aspects of the æther flow here on Earth, both are entirely expected phenomenon. For the same reason, I can predict that the weather and season would also greatly affect the effect size since that is another well known feature of ætheric science.

Has The Aspden Effect Been Replicated?

Mainstream academia has not touched this at all. I have been able to find some loose mentions online of this being replicated4, 5 which states there are eastern european researchers which have verified this, but I haven't seen direct evidence of it. If you can find more, or have replicated this yourself, please let me know!

It should be possible to replicate the Aspden Effect by adding permanent magnets to the rotor of an electric engine. Perhaps adding magnets to the rims of a car could work, if the fuel sensor data can be standardized in a good enough way..

As unorthodox inventors typically do, Harold didn't remain still next to his discovery, championing it, replicating it, this is the work of people following his footsteps. He continued to refine his ideas about inertia and non-Einsteinian physics until he had crafted his own unified physics theory, and he has designed over-unity magnetic motors based on the Aspden Effect and his understanding of physics in general.

Who is Harold Aspden?

Even if results are the only thing that counts, it only seems fair to discuss crediblity of Harold Aspden. He holds a PhD from Cambridge, has enough patents to fill a book, written many well-known books on æther physics theory, peer-reviewed publications in Physics Today, Journal of Applied Physics and over 100 published scientific papers. He was the director in charge of IBM's European Patent Operations from 1963 to 1983. He is also member of the British Institute of Physics. Quite clearly someone who does not take his own word lightly.