UKHSA Vaccine Efficacy Statistics: Week 50
The 18–29 age bracket goes negative, as we knew it would 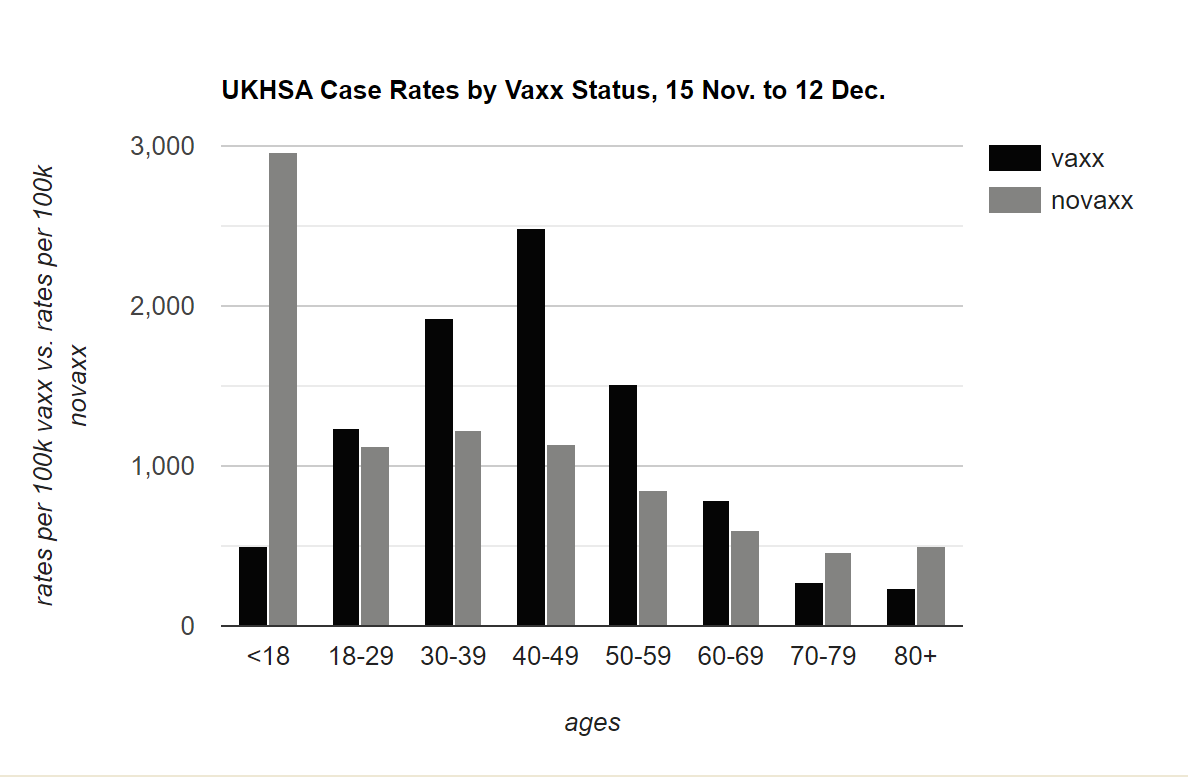 The 18- to 29-year-olds have now experienced enough antibody fade to fall into negative efficacy, like their elders before them. Comparing these numbers to the Week 49 report, we see that negative effect continues to grow among 30- and 40-year-olds, as their vaccines fade even further. 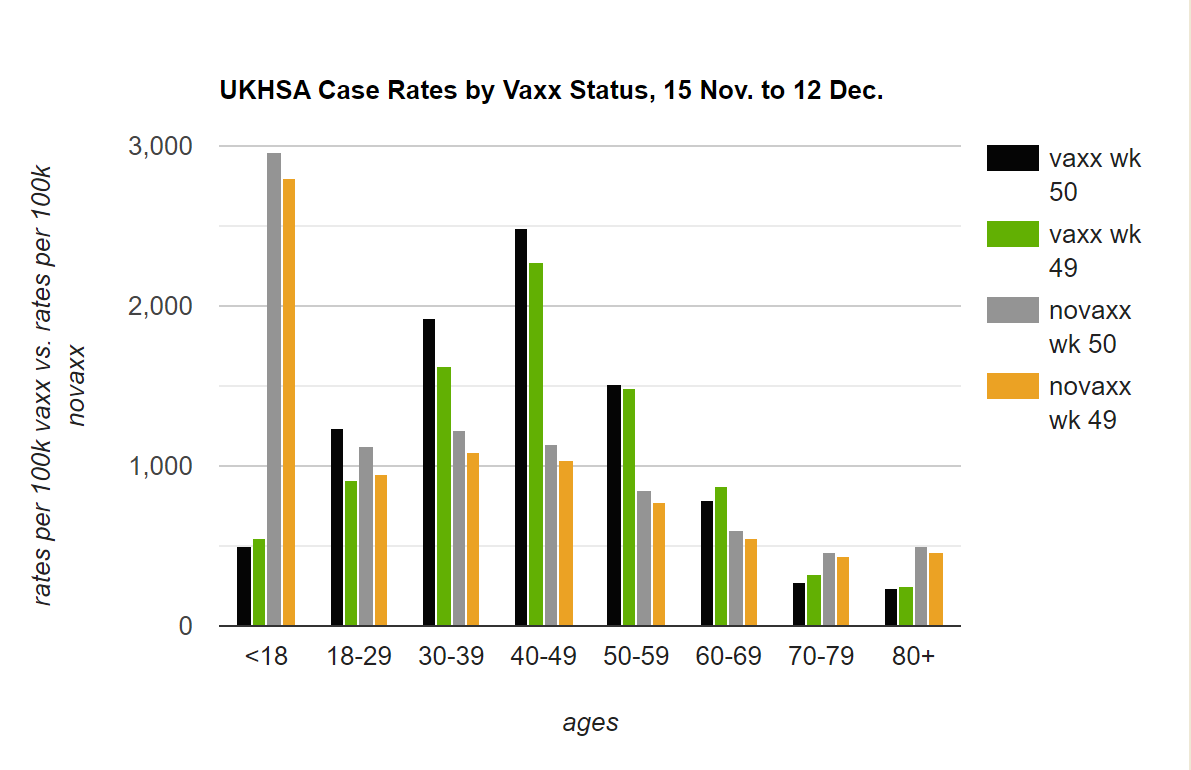 Meanwhile, those in their 60s are boosting their way ever closer to positive territory, and things continue to go better for the oldest and most heavily boosted age brackets.

… and the 60-day death numbers by vaccination status. 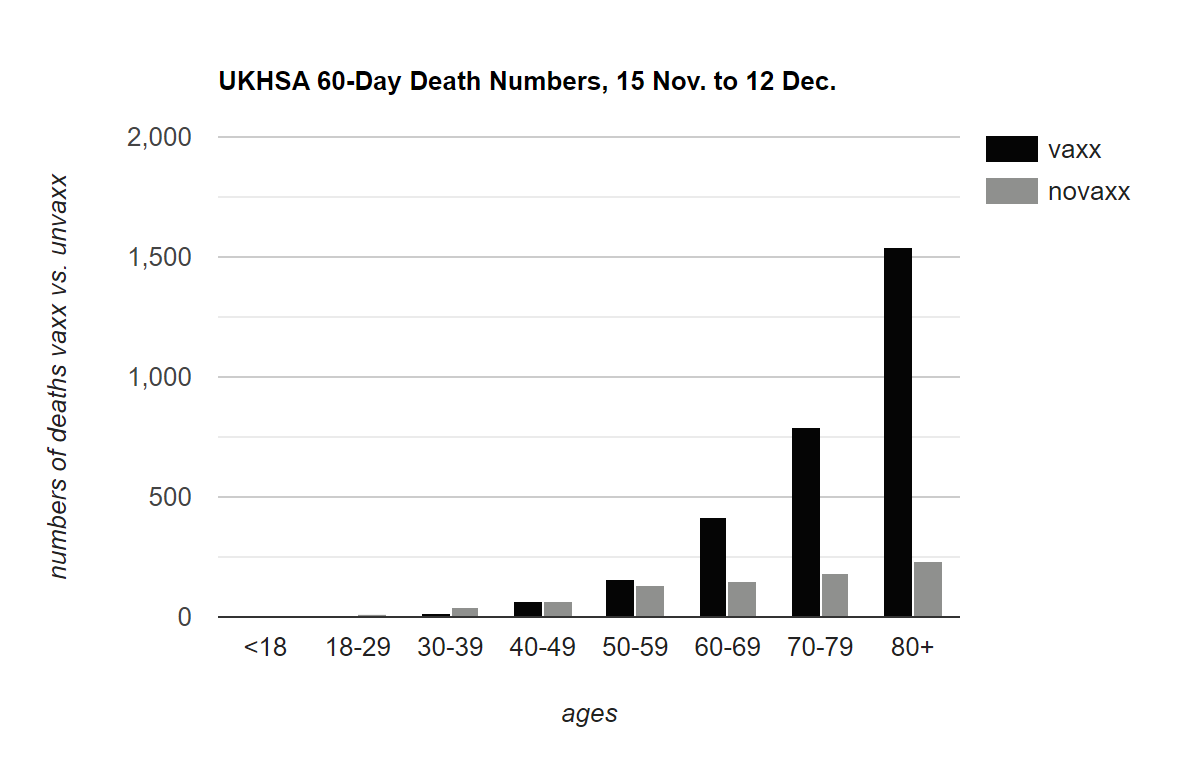 To forestall common questions about how these graphs can be so different, I quote myself from last week’s post:

The Week 50 report contains a new section on “Vaccine Effectiveness Against the Omicron Variant,” where they use test-negative controls – comparing the vaccination rate among people who test positive for Corona, with the vaccination rate among people who test negative for Corona. This is a way to control for the possibility that the vaccinated may seek tests more frequently, but by the same token this opens the door to confounding by symptom severity, as people with milder illness are far less likely to seek tests in the first place.

The results for the cohort vaccinated with AstraZeneca and boosted by Pfizer are curious. First, we see that the text-negative control methodology grants AstraZeneca 40% effectiveness against Delta (black squares) even 25 weeks out: 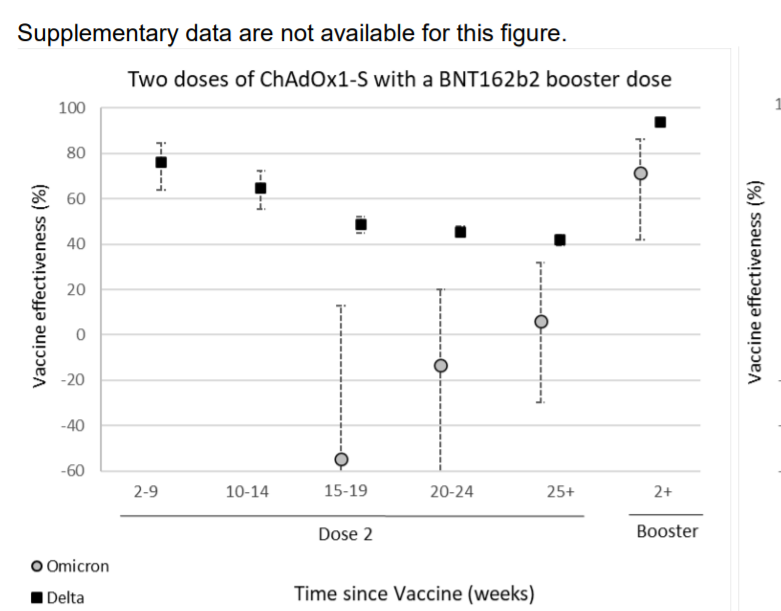 The vaccines obviously reduce symptoms even if much other evidence suggests that they make infection more likely for the long-since vaccinated.

Look at Omicron (grey circles), though. Negative 60% efficacy 15 to 19 weeks out, improving to zero after week 25. So as the antibodies fade still further, your negative efficacy disappears? What does that sound like? Of course, there’s significant caveats here, and we can’t say anything for sure right now: The numbers are really small (hence the crazy confidence intervals – they had only 581 Omicron cases), and as the report authors note, two-dose AstraZeneca vaccinees “are likely to reflect an older population … with more co-morbidities than those given the Pfizer vaccine.”

Finally, a friend points me to the latest UK hospitalisation statistics from ICNARC. For months and months, British media have been repeating that the unvaccinated account for 75% of Corona-positive critical care admissions, a statistic from the old 6 July report. The latest numbers, current through 15 November, show that the share of unvaccinated has been declining for some time. They are now only 48% of admissions: 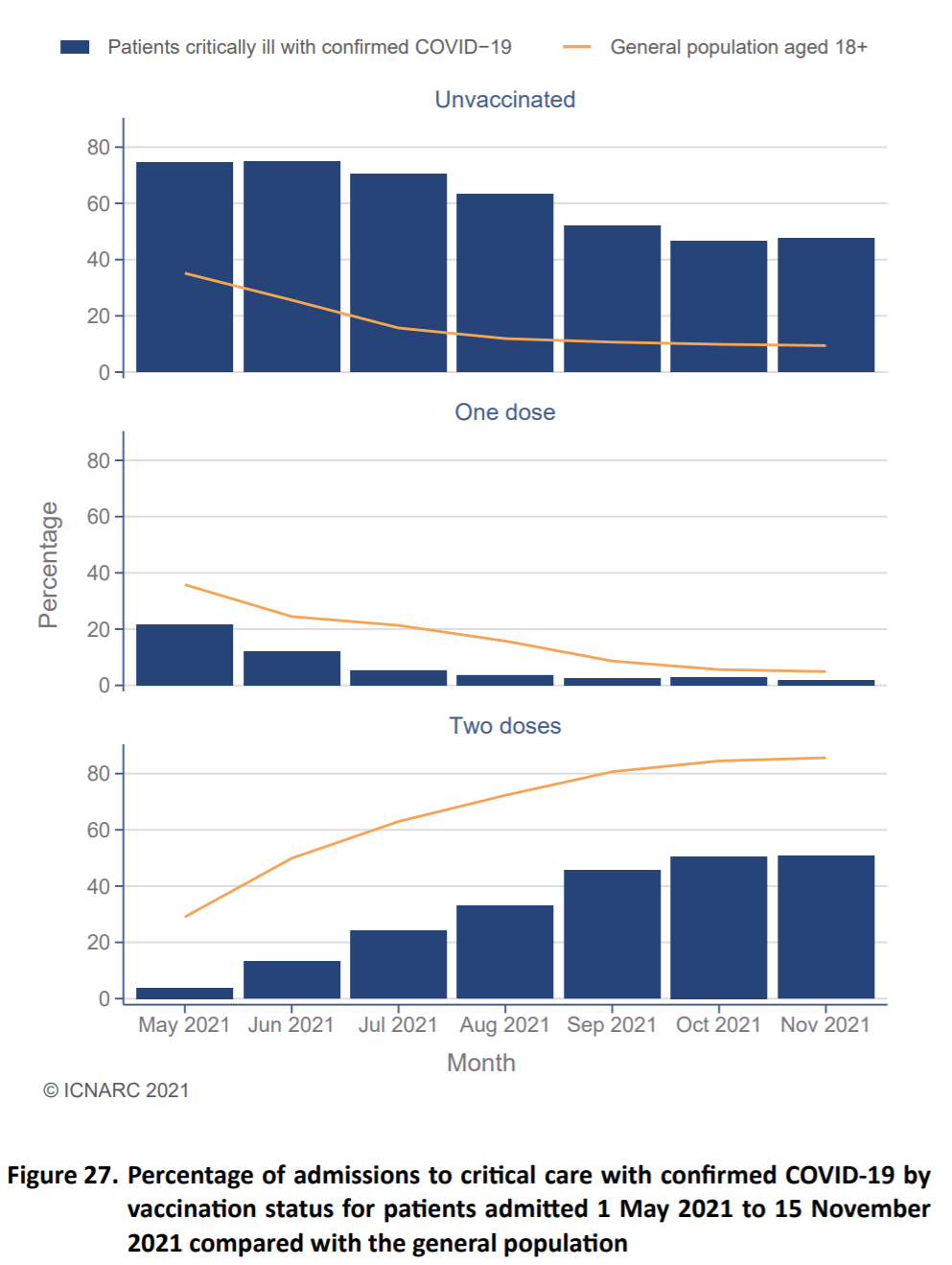